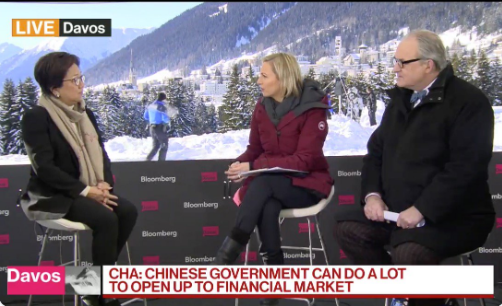 They’re among the roughly 3,000 participants hailing from all over the world, top figures in the fields of business, government, media, academia, arts and culture.

Despite the partial government shut down, U.S. government officials are also among the attendees. They include U.S. Secretary of State Mike Pompeo, who spoke earlier this morning.

And of course, the business TV networks are sending their top talent to cover Davos 2019.