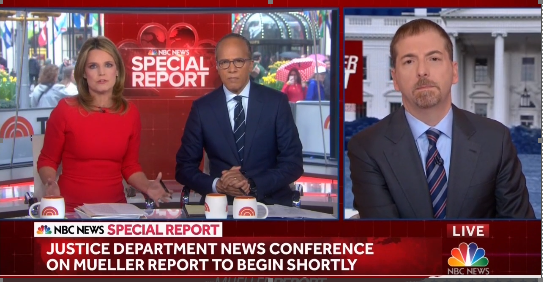 After Barr’s press conference was over:

“The president clearly liked what he saw from the Attorney General,” Jackson reported. “As we were watching it, I couldn’t help but think that the President must be thrilled and it appears he is. He is tweeting now, a riff off of the popular television show Game of Thrones writing simply, ‘game over.’…This is the President’s pre-report release victory lap, if you will. His administration is clearly trying to set what they believe is the narrative for this even before anybody, as you all have noted here, has had the chance to see the content of the report itself.”

NBC News broke back into regularly scheduled programming at roughly 11 a.m., when the report was released to the public. Here’s NBC News justice correspondent Pete Williams outside the DOJ, holding up a copy and trying to explain it to the best of his abilities: 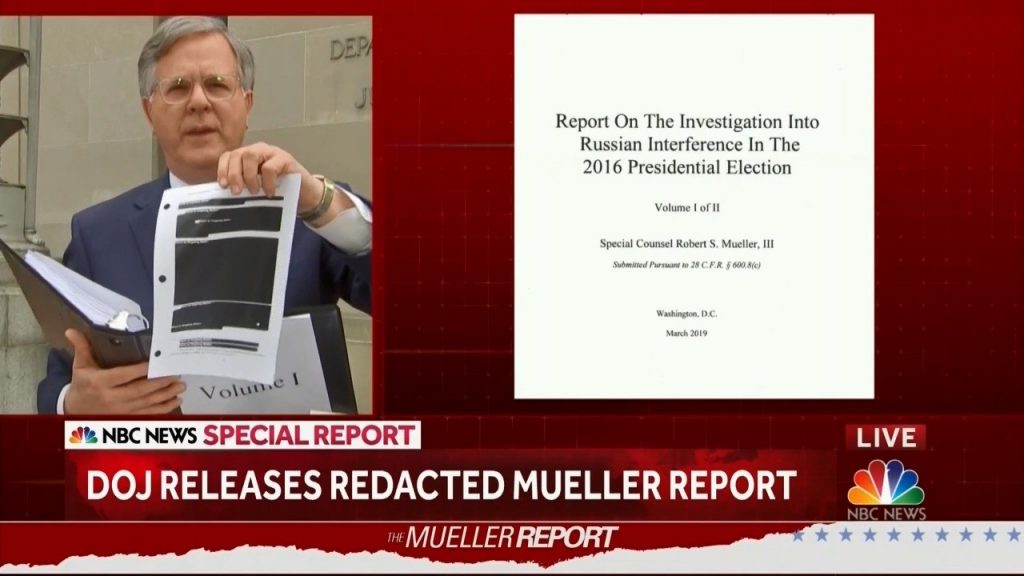 ABC News broke back into regularly scheduled programming after the public release of the Mueller report at 11 a.m. Pierre Thomas showed a copy of the report and did his best to explain what is in it as well. 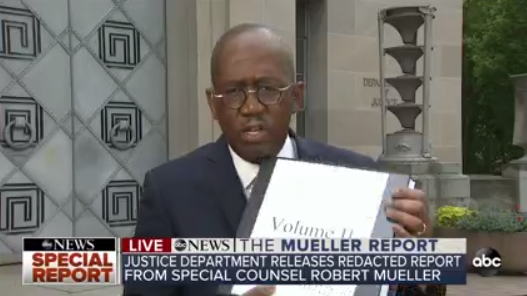 CBS News’ returned to coverage of the Mueller report at 11 a.m.. Paula Reid, who, while currently is a CBS News White House correspondent, was a justice correspondent in the not too distant past, and covered the proceedings for the network today. She got her hands on a copy of the report too. 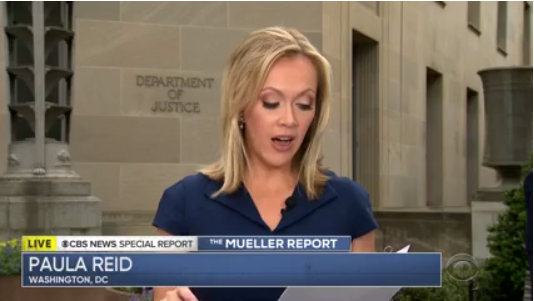 .@PaulaReidCBS reports “one of the most remarkable things I saw in here was the president’s reaction to being informed by former AG Sessions that Special Counsel Mueller had been appointed: “Oh my god, this is terrible. This is the end of my presidency. I’m f**ed.” #MuellerReport pic.twitter.com/0D3i7zG193

“Could it be that his behavior is, at times, distasteful to some but not illegal?” said Turley, after the release of the public, redacted version of the report. “That’s right. He stayed short of the criminal code. That’s not a huge recommendation. But clearly the prosecutors did not believe there was a case to be made.”

Additionally, Fox News has been offering Fox TV stations across the country live breaking news coverage throughout the day.