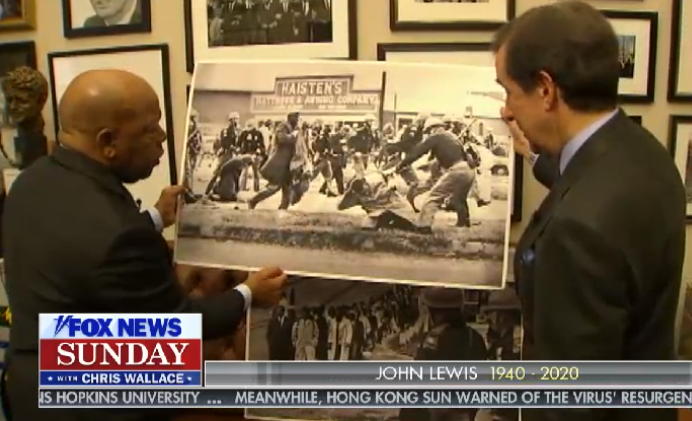 The iconic civil rights leader and Georgia Democratic congressman John Lewis died eight days ago at the age of 80. A native Alabaman, Lewis served in Congress for Georgia’s 5th Congressional District (Atlanta) from 1987 until his death. He was one of the original 13 Freedom Riders and a man who helped organize the March on Washington. Rep. Lewis announced in December that he had Stage 4 pancreatic cancer.

Rep. Lewis was known for his “good trouble” approach to life— peaceful protest, fighting for equality.

Here’s how TV news is covering the memorial services over the weekend. We will continue to update this item as additional plans roll in.