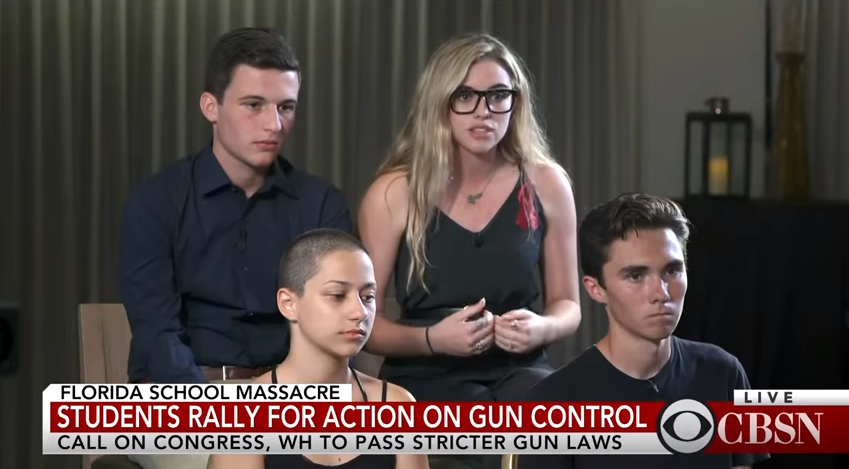 The cable networks are planning significant coverage, while the broadcast networks have other special programming planned for Saturday’s March for Our Lives, organized in the wake of the shooting at Marjory Stoneman Douglas High School on Feb. 14. Here’s the list so far. We’ll update as we hear more.

Friday night, AC360 airs the special The Parkland Diaries, which features students’ video diaries recorded in the days and weeks after the shooting, as well as interviews with Anderson Cooper.

Ana Cabrera will also anchor from the network’s Washington bureau before a special edition of The Van Jones Show where Jones will be live from Washington, D.C. with interviews with students from Stoneman Douglas as well as survivors and family members of past mass shootings. The day’s special programming will conclude with a special edition of Erin Burnett Out Front from New York.

Correspondents deployed to cities with marches throughout the U.S. include Alex Marquardt in Boston, Kaylee Hartung in Parkland, Fla., Jason Carroll and Polo Sandoval in New York, Ryan Young in Chicago, Miguel Marquez in Los Angeles, and Scott McLean in Denver.

FNC will present live coverage Saturday. Fox News correspondents Griff Jenkins, Peter Doocy, and Ellison Barber will report from Washington, D.C. Additionally, New York correspondent Bryan Llenas will be covering in New York and additional live-feeds will be shown from across the nation.

Craig Melvin will co-anchor Weekend Today Saturday from Washington, while Kate Snow will report from D.C.

For the last 39 days, since the massacre in Parkland, CBS News journalists have embedded with survivors of the shooting. The teams from CBS This Morning and 48 Hours have produced a one-hour documentary that airs at 8 p.m. Saturday night, called 39 Days.

Noticias Telemundo coverage begins at 11:30 a.m. ET / 8:30 a.m. PT. Noticias Telemundo Fin de Semana anchor Julio Vaqueiro will lead the network’s coverage, which will include reporters in the main cities with events planned for this Saturday.

Noticias Telemundo correspondents Rogelio Mora Tagle and Lori Montenegro will be in Washington, D.C. for the main march. Diego Arias will accompany the protesters in New York City, while María Paula Ochoa will cover Los Angeles. Lourdes Hurtado will be on hand to document events in Parkland.

Correspondents will be stationed in Washington D.C., Parkland, L.A., NYC, and Utah will report on sister marches for three of Univision’s Saturday’s newscasts. There will be live news updates every hour on the hour beginning at 2 p.m. ET. Livestreams will also be carried on UnivisionNoticias.com, and other digital platforms. Jorge Ramos hosts Al Punto Sunday morning live from Washington D.C.

In addition to covering the event for their news programs, the Spanish-language network is partnering with Mi Familia Vota and Voto Latino to host a Voter Registration Hub at Georgetown Law School. The partners will train volunteers, who will be stationed along the march route, to share voter education information and register eligible individuals.