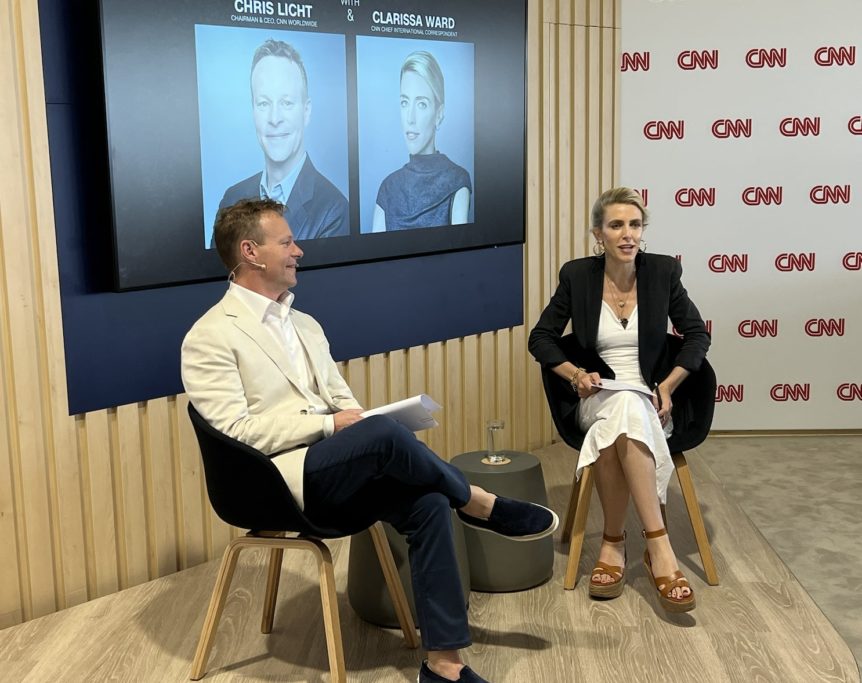 CANNES, France—52 days into his run as chairman and CEO of CNN, here’s Chris Licht‘s message: “buckle up.”

“I believe that we are in for really consequential times, whether it be the war in Ukraine, economic forces that have global implications, the political environment in the U.S. We are heading for consequential times that demand serious journalism.”

Licht and CNN’s Clarissa Ward took part in a 45 minute conversation here at the Warner Bros. Discovery venue at the Cannes Lions Festival of Creativity Thursday morning. The two journalists interviewed each other, with Ward asking Licht his vision for the media company: “It’s pretty simple. It’s the greatest news brand in the world and we want to build on that.”

These were some of Licht’s first comments on how he plans to lead the global news organization and its 4,500 employees, a mission that started with a phone call from Warner Bros. Discovery chairman David Zaslav in February.

“This is really a calling for me. Journalism is in my bones and when David Zaslav called me and said, ‘I need you to do this,’ I said, ‘Okay.'”

Jon Stewart, who Licht worked with during his role as EP of The Late Show with Stephen Colbert (Stewart is also an EP on the show), had a different reaction: “He said ‘What the fuck are you thinking?’ and I think that summed up the general comedy world reaction.”

Ward reflected on some of her groundbreaking reporting, including tracking down the group that poisoned Putin critic Alexei Navalny. And—as a CNN employee herself—she had questions for the boss.

“Can you confirm for us, that you will keep spending money on this journalism?” Ward asked.

Licht responded, first by jokingly gesturing to the room full of advertisers and brand marketers: “That’s really a question for them,” before adding, “I absolutely commit to that, because that is what CNN does.”

Licht talked about how CNN continues to be a safe destination.

“From programming, tone, presentation, you don’t want to do anything that makes a brand feel badly about being associated with us.

Our original films and series run by Amy Entelis and her team, that is great stuff that advertisers like to be a part of,” he added.

Even as Fox News and MSNBC remain largely in their political corners, Licht pointed out a common refrain about CNN’s viewers: “We are not monolithic. We have a lot of republicans, a lot of democrats, a lot of independents. That sounds pretty brand safe to me.”

Then he had a message for advertisers: “Get with the good guys.”