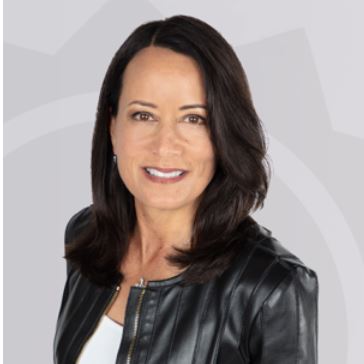 The Weather Channel and Fox News Media’s new streaming offering, Fox Weather, have grabbed most of the recent headlines around weather outlets and weather reporting, but there’s a third big outlet in the space as well: AccuWeather, which has been around for 60 years.

AccuWeather recently hired longtime news executive Helen Swenson to serve as its new chief content officer, tasked with leading America’s longest-running national weather service into a new era. Swenson was at one time The Weather Channel’s head of live programming—and most recently served as vp of content for Spectrum News NY1. Still new to the job, Swenson spoke with us about her decision to return to weather news and join AccuWeather, why weather on television is still essential and how she plans to make the 60-year-old brand stand out in an increasingly crowded TV weather landscape.

TVNewser: Why did you decide to join AccuWeather?

Swenson: Why not? It’s an amazing global brand. It speaks to what became my passion, which is weather and weather information. It certainly has a very, very powerful reputation in the weather news community. They’re celebrating their 60-year anniversary this year—and the mission statement has never wavered, which is to save people from severe weather and destruction and try to prevent as much property damage as possible.

I’ve spent many years in the weather coverage space—and I think that it just speaks to what I love doing. A long time ago, A.J., way too long ago, I covered Hurricane Andrew and I lived in Miami at the time. It really affected me personally and professionally. I slept in the station for days. Literally, as they say, it looked like a bomb went off, like a warzone. All that is true. That was obviously decades ago, and since that time, I covered weather and created weather content for decades, whether it was in local or, of course, running live programming for the Weather Channel.

Americans can get their forecasts on their phone, they can log on to social media, or even walk outside. Why, in your view, is weather on television still essential?

I get asked that question a lot and it’s a good one. I think that sure, you’re absolutely right, everyone can access weather data and forecasts and some video on your app on your phone—and a lot of people will use your your app or your digital properties to plan for their day. You wake up, hopefully you’re actually on saying “Good morning,” to somebody, but then you’re picking up your phone and you’re looking at weather data. I think that when you’re especially in times of severe weather, people really gravitate towards linear because, first and foremost, it’s live coverage.

I think, also, in regards to AccuWeather, we have experts that really know how to explain what’s happening with these weather systems. They can explain the impacts. It’s no different than in the news space where you have all these news channels—why do people watch television versus getting your news on your phone? You want to join the conversation, you want to hear the expertise—and that’s what AccuWeather is in the weather space.

IThe Weather Channel and more recently Fox Weather are your competition. How is AccuWeather going to stand out from the pack with Helen Swenson now at the helm?

Well, first of all, I think that’s giving me a lot of credit. Maybe too much credit. I think that AccuWeather has stood out for 60 years, without me at the helm, based on their superior forecasting. At the end of the day, no matter how many people are in the competitive space—because there’ll be more—I think that AccuWeather will stay true to its mission: to save lives and to really communicate the impacts of the weather. That’s not going to change, no matter how many competitors come into the space.

That second part of the answer to that question is, I hope I can bring context to our great forecasts. I’d like to bring content-adjacent, for lack of a better word, coverage and content offerings that’s engaging, compelling, impactful to our viewers. What do I mean by that? I mean beyond severe weather. I think there’s plenty of content verticals, everyday, that interest people, whether it’s health and the economy. The weather impacts us in so many other ways—and that’s where I think there’s a huge opportunity for me to have an impact at AccuWeather.

You just touched on this a bit, but what type of programming are you interested in bringing to AccuWeather going forward?

I think that first and foremost, a priority is to continue to expand on severe weather coverage. That’s important, hopefully, for the obvious reasons. Beyond that, I think as far as programming goes, I’d like to see us create more live programming on the network. People like to watch people, so as far as on the linear channel, definitely more live programming. We know that live moves the needle, for sure. I think that there’s room to be more creative.

This is my second week, so I am looking into a lot of data and analytics, audience analytics and data for both our viewers and users and I’m facing a content strategy on that.

You spent a long time in local, but as you’ve said, you’re not a stranger to weather TV news. What are some of the learnings that you took from your experience at the Weather Channel that you’re transferring to this new role at AccuWeather?

I want to be a little bit granular and philosophical for a second, because it was eye-opening—after you said, for all the years I spent in local, which is a lot and working with meteorologists.

When I was head of live programming at the Weather Channel, I had a lot of meteorologists and then I had a lot of journalists. What really struck me and I think has helped me ever since, is that at first I thought, “Hmm, okay, how am I going to bring these two teams together?” You have journalists that are innately artists of the written word and so on. Then you have scientists that, of course, are scientists. It has always been my philosophy that there are jobs, there are careers and then there are callings. I will tell you the one thing scientists and journalists have in common: It’s a calling. They want to be there for the people. They want to be there for the general public. At the end of the day, they’re both in the business of providing information so people can plan for their day, so that they can plan for the family, so they can keep themselves and their family safe. That was the greatest learning, I think, that “wow, okay, there’s this common thread here,” and they both answer the bell.

I think when I look at the teams at AccuWeather, I really bring that insight, because I lived it and lived through it and learned from it. I think it has to start with the people behind the camera before we can really deliver great content, coverage and forecasting to the people, our audiences in front of the camera. So, that’s what I would say is a great value. Beyond that, of course, there are many strategies that I will be employing at AccuWeather.