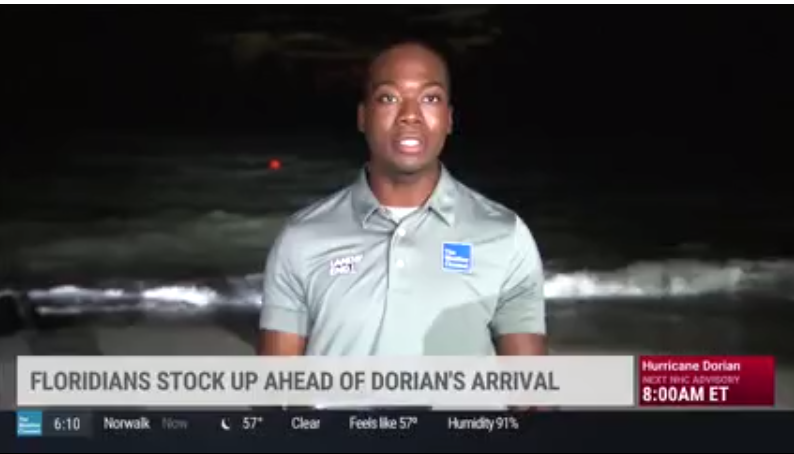 When the calendar flips to September, residents of the Gulf Coast and South Florida know hurricane season is in full effect. And Hurricane Dorian appears to be the first heavy-hitter of 2019.

As of Thursday, Dorian is making its way through the Caribbean and is now forecast to be at Category 4 when it hits landfall in Florida, likely on Sunday night. It will continue to bring impacts to mainland through mid-next week, with an increasing likelihood of devastating hurricane-force winds and life-threatening storm surge along portions of Florida’s east coast.

“And regardless of Dorian’s exact track and strength, it will be moving slowly and could also cause an inland flooding disaster somewhere over Florida and other parts of the southeastern United States into next week,” The Weather Channel’s Dr. Rick Knabb said on Thursday.

Here’s how some of the networks are covering Dorian. This item will be updated as additional plans from the networks trickle in.

CNN has been live from Puerto Rico, and will have anchors and correspondents positioned throughout Florida and the Bahamas to provide extensive coverage of Hurricane Dorian and its after effects. Additional details will be announced.

The following NBC News and MSNBC correspondents will be reporting from locations across Florida: