NEXT:Tuesday, May 18 Scoreboard: Tucker Carlson Tonight, The Five, Hannity, The Rachel Maddow Show, The Ingraham Angle Are Top 5 Shows
PREVIOUS:CNN EVP Amy Entelis on Original Series and What the Discovery-WarnerMedia Merger Means For Her Upcoming Slate 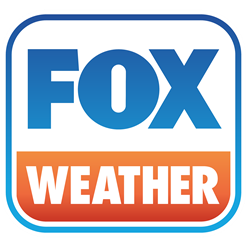 Building upon Fox News’ and Fox TV Stations’ substantial resources, Fox Weather will leverage a team of more than 75 meteorologists across Fox O&Os, along with FNC’s newsgathering units to produce a suite of weather products featuring local, regional & national updates, and live programming.

Headquartered in New York, and led by Fox Weather president Sharri Berg, the leadership team will include:

Each executive will report directly to Berg and will oversee various elements of the platform’s mobile app and streaming channel, including newsgathering, production, talent, operations and development.

“We are thrilled to announce the leadership team at Fox Weather,” Berg said in a statement. “As incredibly talented executives, they each bring a unique and diverse set of skills to this start-up and I look forward to working with them as we launch and grow the platform.”

Clark joins Fox Weather after having most recently served as senior vp of weekend pogramming overseeing all weekend news and prime time programming since 2007. Clark was part of the 1996 launch team of the network and throughout his tenure there, he held numerous leadership positions, including senior producer of news and ep of Fox & Friends. In 2001, he briefly left the network to help CNN launch one of their numerous morning show iterations, before returning to Fox News.

Baron joins Fox Weather from Local Media Association where he most recently served as chief strategy officer Previously, he worked at Nexstar Media, where he was integral in the $6.4 billion acquisition of Tribune Media and led the digital integration of the two companies. An Emmy Award-winning broadcast meteorologist, Baron got his start as a journalist before transitioning to the field of digital operations. From 2006 to 2008, he served as the digital content manager for the Fox Television Stations group, from where he went on to join the private equity-funded Local TV, LLC as vp of digital content working with 21 television stations across 16 markets.

McClain adds Fox Weather responsibilities to his current role as svp and general manager of the WOFL/WRBW-TV Fox duopoly stations in Orlando. A Fox TV  Stations mainstay, McClain has been instrumental in leading newsrooms, coverage planning and news operations since joining Fox as an intern in 1980. McClain has also served as news director for WBRC-TV, the Fox affiliate in Birmingham, Ala., as the News Director in at WTVT-TV in Tampa and WAGA-TV in Atlanta as well as the General Manager at WJZY-TV in Charlotte and has coordinated hurricane coverage for Fox TV Stations across the country.

Doctor will helm talent recruiting, development and programming initiatives for Fox Weather. In addition to this role, she will also continue to serve as the vp/station manager for the Fox O&O WWOR-TV in New Jersey and the Affiliate Relations Manager for Fox News Edge. Prior to joining Fox in 2008, she worked as a news executive at several New York area stations, including WCBS-TV and WNBC-TV.

Gaughan rejoined Fox this year as vp of news operations for Fox Weather following nine years with CBS News, where he most recently served as the vp of affiliate services & Newspath. There he oversaw CBS News’ satellite and IP based newsgathering, and he managed the expansion of digital rights for CBS affiliates and also served as vp of newsgathering. From 1998 through 2010, Gaughan held a number of positions at Fox News, including director of domestic news, national editor, assignment editor, politics editor and in 2003, served as the network’s Baghdad bureau chief.

Additionally, Parker will serve as director and head of video ops and audience development for Fox Weather. Since joining Fox News in 2017, Parker has managed digital operations strategies geared towards audience development, including overseeing the on-demand viewing options for Fox News’ prime time lineup. Additionally, she was part of the team that launched Fox Nation and Fox News International streaming services, while also providing support for Super Bowl LIV and 2020 Presidential Election coverage on Fox Now.