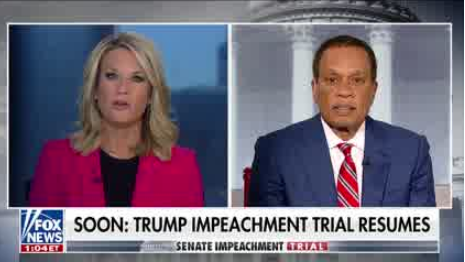 Fox News was the top-rated network on the first day of the Senate Impeachment trial of Pres. Trump during the broadcast and cable common coverage period.

NBC stuck with the impeachment trial proceedings up until prime time. If you consider the 12:30 – 8 p.m. ET coverage period, NBC moves to No. 1.

It’s worth remembering streaming viewing is not included in these figures, and it’s very likely that many working Americans have been watching the trial on computers or other devices. Additionally, the figures do not include Americans who were watching on non-Nielsen-rated networks like PBS or C-SPAN.