NEXT:Sunday, Sept. 27 Scoreboard: Broadcasting Live From Cleveland, The Five Was No. 1 on Cable News With 2.4 Million Viewers
PREVIOUS:Here Are Fox News Ratings for Q3 and September 2020 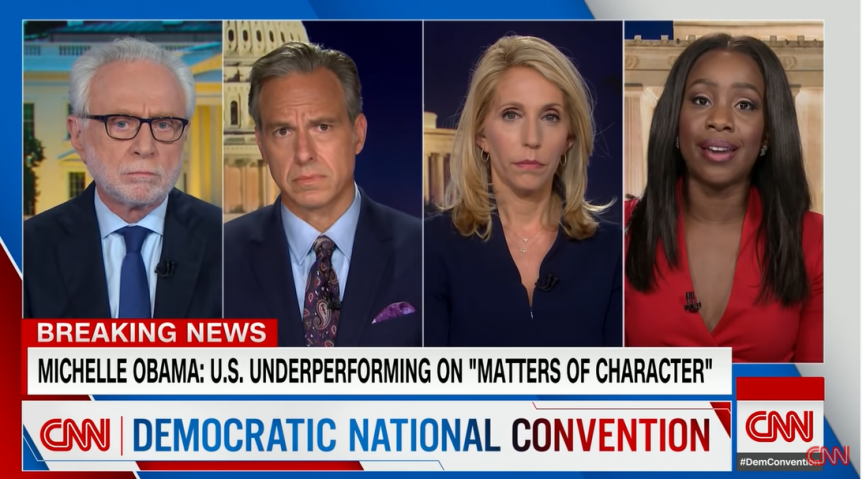 CNN had a nice quarter, with a number of its top personalities delivering some of their largest 3rd quarter audiences ever.

In total day, CNN beat its rival MSNBC among adults 25-54 in total day and in prime time. CNN also averaged its largest Q3 audience ever in total day.

This significant quarter-to-quarter decline isn’t a total surprise, however, especially if one takes into account the fact that CNN’s ratings success is often directly connected to the volume of breaking news stories during that time period. Q2 2020 featured extraordinary global events— a pandemic, worldwide protests against police brutality and social injustice, not to mention a president constantly making news all in the midst of a presidential campaign.

Q2 2020 almost happens to be CNN’s most-watched quarter in the network’s 40-year history.

CNN might have seen a quarter-to-quarter drop off, but how about year-over-year trends? It showed significant growth vs. the year-ago quarter (Q3 2019). In fact, CNN posted more year-over-year growth than its competitors in nearly every measurement, with the exception of the prime time demo (Fox News).

How did the network perform fare against Q3 of 2016? It was +25% in total prime time viewers, and +23% in total day viewers. Q3 2016 had been CNN’s best in 8 years, which goes to show the positive trend the network has been on over these past few years.

One hiccup is among the adults 25-54 audience. It isn’t what it once was; at least not on linear. CNN was -2% in the prime time demo and flat in the total day demo. That said, its digital audience continues to grow, potentially offsetting those slight declines.

Tapper had arguably the most impressive month. He was No. 1 on cable news in his time slot among adults 25-54, to go with attracting his largest Q3 audience in program history, averaging 1.33 million total viewers for the quarter.

How was CNN’s month? As expected, down relative to August, but relatively strong relative to the prior September. Without any conventions to broadcast, CNN is -21% in total prime time viewers, -12% in total day viewers, -31% in the prime time demo and -19% in the total day demo vs. August 2020.

As was the case with Q3, CNN personalities including Tapper, Blitzer, Burnett, Cooper (8 p.m.), Cuomo and Lemon had their most-watched September ever. Tapper, unlike the others, won his hour in a key measurement: Adults 25-54.

CNN Original Series United Shades of America with W. Kamau Bell Ranked #1 in Cable News in Demo and #2 in Total Viewers;
Is Up Significantly from Last Season

All of Cable, Median Age, Reach and Cross Platform

• CNN’s global Town Halls, Coronavirus: Facts and Fears, hosted by CNN’s Anderson Cooper and Dr. Sanjay Gupta, along with health experts, CNN correspondents from around the world and others, have become essential viewing since they began airing in early March. The Town Halls have robust interest among viewers, averaging 1.880 million total viewers and 544k in the demo adults 25-54 over 22 episodes.
• CNN’s Joe Biden Town Hall hosted by Anderson Cooper on Thursday, 9/17/20 drew 742k among 25-54 and 3.445m total viewers, ranking #2 across cable news. This was CNN’s highest single candidate town hall on record.
• CNN’s The ABC’s of Back to School Town Hall on Saturday, 9/12/20 hosted by Erica Hill and Dr. Sanjay Gupta, along with Sesame Street’s Big Bird, drew 134k in the demo and 567k among total viewers.
• CNN’s Champions for Change (Sat, 9/26/20) spotlighting pioneers challenging the status quo, attracted 532k total viewers and 118k among adults 25-54. The hour-long special hosted by John Berman and Alisyn Camerota, ranked #2 in cable news in the key demo.