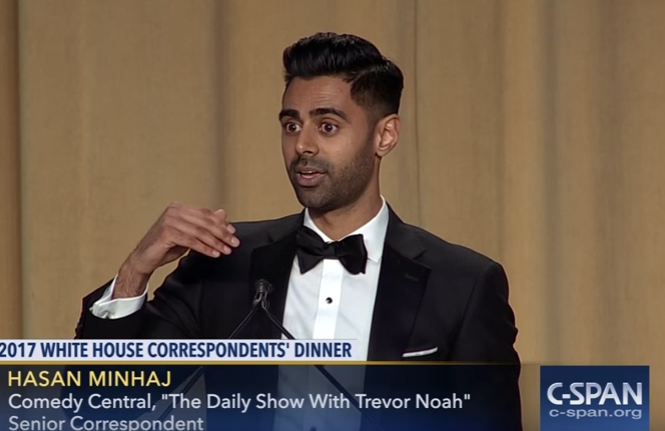 President Trump was a no-show at this year’s White House Correspondents Association Dinner, but that didn’t stop 31-year-old Daily Show senior correspondent Hasan Minhaj from going after the president, his administration,and the news media this past Saturday night. Minhaj was the featured entertainer at last summer’s Radio and Television Correspondents’ Association dinner, so he came into this event well-prepared. He pulled no punches, particularly when it came to his barbs at the cable news networks.

Here are some instances when Minhaj went after Fox News, MSNBC and CNN: