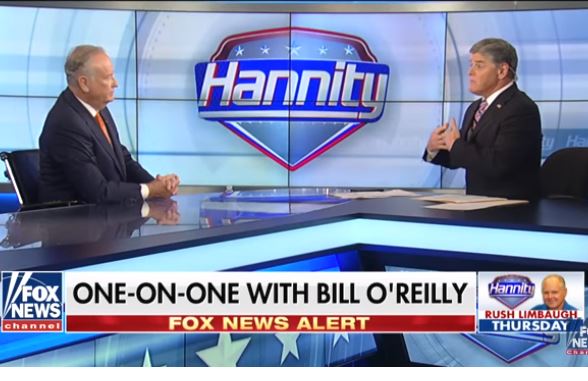 Big bookings by the team from Hannity will almost certainly make that show No. 1 across cable news this week.

Fox News moved Sean Hannity‘s show to 9 p.m. ET this week, putting the show up against Rachel Maddow on MSNBC, and Anderson Cooper (most nights) on CNN. Maddow, who had the most-watched cable news show in the third quarter in both total viewers and the demo, will slip to second this week.

On Monday Hannity spoke with former White House adviser Steve Bannon. On Tuesday, Bill O’Reilly returned to FNC. On Wednesday, Speaker of the House Paul Ryan was his guest and on last night Hannity interview Rush Limbaugh, delivering 3.72 million viewers and 779,000 in the A25-54 demo. Here’s how the week is shaping: