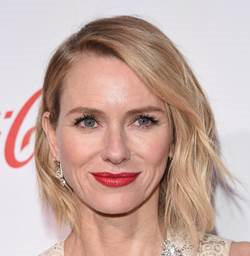 It seems appropriate for two actors with Australian backgrounds to star in a U.S. TV series about a Rupert Murdoch-owned network, doesn’t it?

Showtime announced today Academy Award and Golden Globe nominated actress Naomi Watts will join the cast of the upcoming eight-episode limited series about the late Fox News founder Roger Ailes, based on the unauthorized biography of Ailes by journalist Gabe Sherman, The Loudest Voice in the Room.

Watts will portray former Fox News anchor-turned-#MeToo movement trailblazer Gretchen Carlson. She joins Russell Crowe, who will co-ep the series and is set to portray the successful, yet controversial Ailes, who resigned from FNC in disgrace in July 2016 weeks after Carlson filed a sexual harassment lawsuit against him. Ailes would later call the accusations “false” and “defamatory.”

The eight-episode limited series will begin production next month, and is executive produced by Tom McCarthy, who directed the Oscar-winning Spotlight, Jason Blum and Alex Metcalf, along with Marci Wiseman and Jeremy Gold for Blumhouse Television, which originally optioned the rights to Sherman’s unauthorized biography of the media titan and brought the project to Showtime.