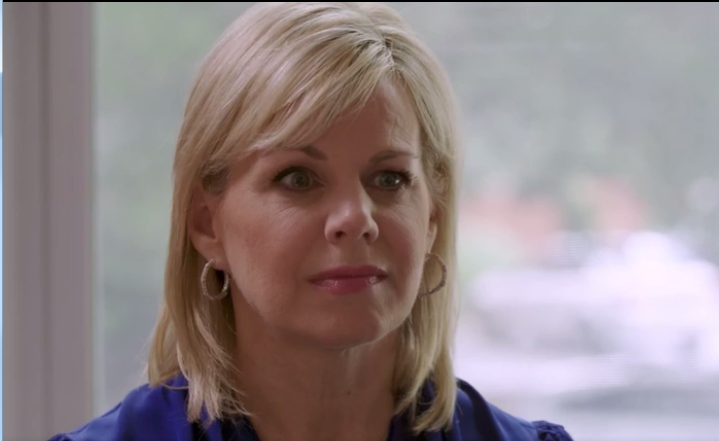 Gretchen Carlson has been keeping quite busy since her controversial departure from Fox News back in 2016.  She runs the Miss America Organization, has written books, has become an in-demand motivational speaker and lecturer, and was a pioneering force in the #MeToo movement.

While not “TV news” in the traditional sense, Carlson is back to hosting and producing television via her deal with Lifetime.

Carlson traverses the country for Breaking The Silence, uncovering never before-told stories of sexual harassment and abuse, from an exclusive look into the alleged abuse with fast-food giant McDonald’s to the work environment of a county fire department.

She meets women from across the country struggling to make a living despite challenging work environments.  These women come forward, some for the first time, to reveal their stories of harassment, proving that this pervasive epidemic crosses every industry and socio-economic class.

One of the women Carlson sits down with is former EstrellaTV news anchor Karla Amezola, who complained of harassment and was later terminated from her job at the Spanish language broadcaster. Amezola earned an Emmy – the first ever for Estrella TV – yet has struggled to find full-time work in the broadcast news industry since being fired from her job two years ago.
Amezola is currently a freelancer with Telemundo.

Andrés Angulo is the EstrellaTV news VP who Amezola accused of harassment. According to Amezola, Angulo relentlessly pursued her and she experienced behavior that escalated “in levels of depravity,” prompting her to report him to human resources.

Angulo was eventually dismissed from the network, while Amezola’s legal case is still pending.

During the documentary, –the first of three documentary specials to air as part of Carlson’s production deal with A+E Originals; A+E’s in-house nonfiction division– Carlson also talks about her own history with abuse, reliving those difficult days following her lawsuit against Roger Ailes, and the toll it took on those closest to her, including her family.