Time Magazine named The Silence Breakers its Person of the Year for 2017.

“The reckoning appears to have sprung up overnight. But it has actually been simmering for years, decades, centuries,” Time’s Stephanie Zacharek, Eliana Dockterman and Haley Sweetland Edwards write in the magazine. “Women have had it with bosses and coworkers who not only cross boundaries but don’t even seem to know that boundaries exist.” 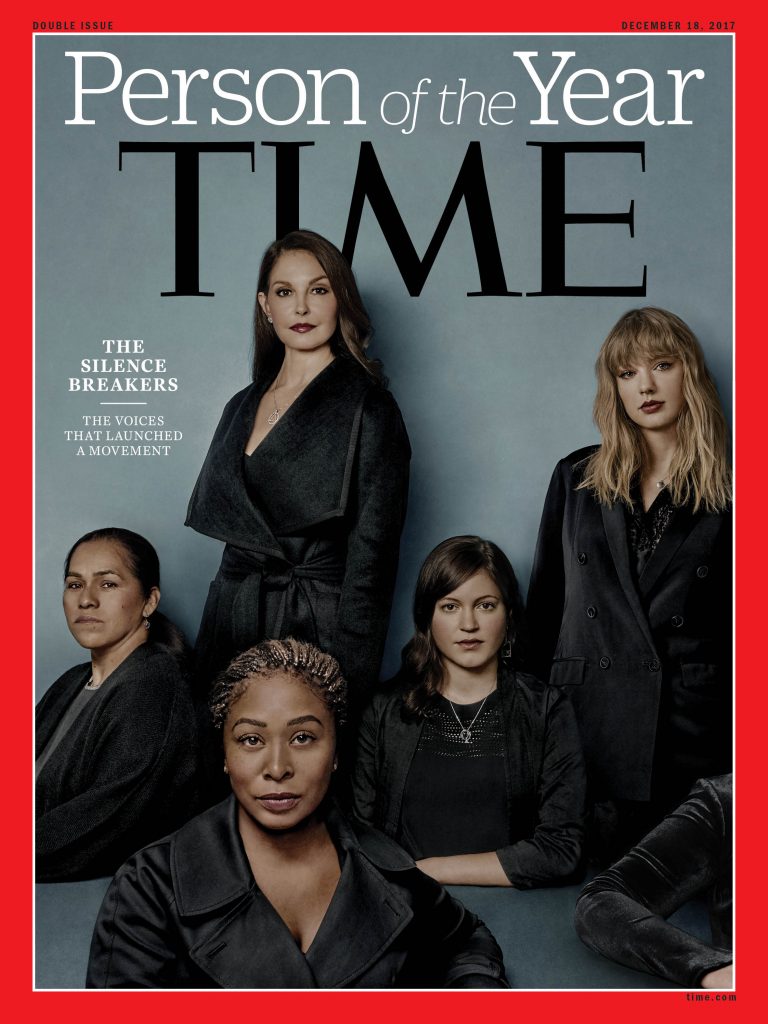 But there was one “Silence Breaker” who was curiously left out of the issue: Former Fox Newser Gretchen Carlson.

A sexual harassment suit filed by Carlson against Fox News co-founder Roger Ailes in July 2016 set in motion a domino affect that forced her former employer to change its company culture, and has led to tons of lawsuits, the revelation of tens of millions of dollars in settlements, and it has cost the jobs of top media execs and television hosts and personalities, most recently Matt Lauer and Charlie Rose.

Carlson is the author of Be Fierce described as “a manifesto about how women can protect themselves from sexual harassment in the workplace.”

To be fair, Carlson has been honored by Time in the past. She graced the magazine’s cover in October 2016, saying “I think this is happening every single day to women in all walks of life and in all different types of corporations. I’ve heard from so many women, from Wall Street to a tiny little town in Alabama. It’s everywhere.”

Additionally, she was the sole TV newser to be named to the 2017 Time 100 earlier this year. Katie Couric wrote about Carlson: “Speaking truth to power is never easy. It’s even harder when the whole country is watching.”

But some reporters took note of Carlson’s omission from this particular Time story:

I’m really disappointed that Time did not mention @GretchenCarlson in their story. She bravely took on Roger Ailes and ignited a national conversation. The NYT would not have done their Bill O’Reilly story if it weren’t for her…which led to their Weinstein investigation. https://t.co/y3BhQeT3JN

Thx @gabrielsherman – It’s ok making landmark change today on the Hill introducing my legislation to stop arbitration clauses for sexual harassment in employment contracts and its bipartisan! Imagine that https://t.co/6qP8ynvReO

The @TIME cover seems a big intentional eff-you to @GretchenCarlson

Burke and Milano were present for the Person of the Year announcement on the Today Show during the 7 a.m. hour, and would later appear on Megyn Kelly in the 9 a.m. hour.

Kelly asked her audience if they or someone they knew had been harassed. Nearly the entire room stood up:

.@megynkelly -“If you, or someone you know, has been a victim of sexual assault…can I ask you to stand?” #MegynTODAY pic.twitter.com/Oc5dOJVb94

Time also conducted a reader poll, which the magazine says was won by Saudi prince Mohammed bin Salman, with 24 percent of the votes. The No. 2 finish was the aforementioned #MeToo movement, followed by a three-way tie among former NFL quarterback and activist Colin Kaepernick, special counselor Robert Mueller and the Dreamers.

In the magazine’s “short list”, Pres. Donald Trump, who was honored as 2016 Person of the Year, was named runner-up, followed by Xi Jinping, Mueller, Kim Jong Un, Kaepernick, and Patty Jenkins.