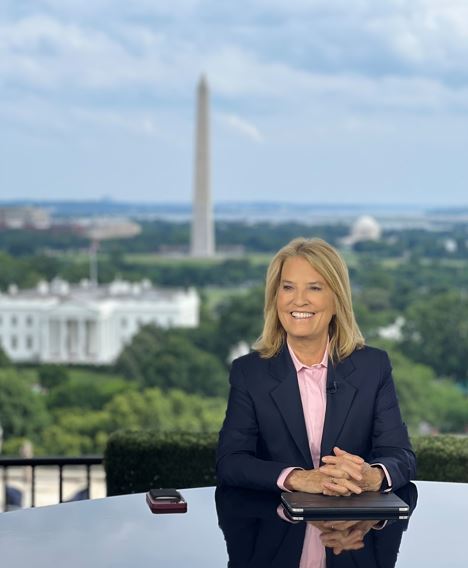 One of the most well-traveled journalists in cable news is taking her talents to a fourth different cable news network, beginning tonight.

The Record with Greta Van Susteren premieres Tuesday at 6 p.m. on Newsmax TV.

What can we expect from The Record each weeknight?

“If you’ve watched me for 20 some odd years it’s going to be pretty much what you’ve always seen: fair, factual and informative; very little opinion, although I hate government waste and if anyone starts mentioning government waste, that might push my button!” said Van Susteren. “Opinion shows are for the evening. I’m not in the evening; I’m in the early prime. Having access to newsmakers, my job is to go out and get news and present it to the viewers—and they get to watch and make up their own minds. I’m not going to tell them how to think and I don’t think I ever have.”

The Record will be the centerpiece of a revamped programming lineup for the right-leaning Newsmax. The Chris Salcedo Show moves from 5 to 4 p.m. Former Trump White House press secretary Sean Spicer, who most recently held Van Susteren’s 6 p.m. hour, will move his Spicer & Co. program to 5 p.m. Van Susteren will be followed by Rob Schmitt, who swaps timeslots with Greg Kelly (7 and 10 p.m.). Schmitt will be followed by Eric Bolling at 8 p.m. Bolling, a former Fox News host, most recently held court in the 4 p.m. hour. Prime News, which Newsmax CEO Chris Ruddy told us is like “The View, but for media and politics at night,” will continue to air weekdays at 9 p.m. ET. Grant Stinchfield, who has held the 8 p.m. hour on weekdays, will move to weekends on Newsmax.

In the midst of her fourth decade in cable news, Van Susteren becomes anchor and managing editor of The Record—and complimented leadership for giving her “100% independence” on the editorial front. “All we want as journalists is to be able to do our job as best we can, with a sufficient budget and without interference—and I got that here,” said Van Susteren. “I’ve known Chris Ruddy for a number of years. Chris has given me an hour and allowed me to pick a really smart staff. I’m very excited about them.”

We also asked Van Susteren, a former criminal defense and civil trial lawyer who previously hosted shows on CNN, Fox News and MSNBC, about the state of cable news in 2022—and what she thinks about CNN as it embarks on a new era of leadership and ownership.

“I think everyone is going through change, and I think [Warner Bros. Discovery CEO] David Zaslav is probably going to make some changes,” said Van Susteren. ” I think one of the problems that has been on every network is that the bright line between opinion and news is gone. I think you’re going to see some of the restoration of that. It’s like a newspaper used to have just the opinion page—and the journalists didn’t use a lot of adjectives before. Now they use a lot of adjectives.”

Van Susteren added that more news networks may start sprouting up, “because I think the American people don’t want to be told what to think so much,” and in regard to the new CNN, “I hope you’ll see more of a division between the opinion shows and the news shows.”

The longtime cable newser also shared her thoughts on her new boss, Ruddy.

“Any guy who says, ‘What would you like to do?’ and shares the same sort of vision in terms of what you want to do with your show is a good boss for me,” Van Susteren said of Ruddy. “He’s someone who doesn’t micromanage. [CNN founder] Ted Turner never told me what to say or do and neither did [late Fox News CEO] Roger Ailes. I don’t expect Chris Ruddy to ever do it either. So, I think that’s why it’s a good match for me. Chris is going to let Greta be Greta.”

In a separate conversation, Ruddy explained how he was able to lure one of TV news’ most high-profile personalities to the network.

“She’s been really attracted to the network from the very beginning,” said Ruddy. “She knows my background. Newsmax has always tried to be inclusive on the center-right—and always reaching out for liberal opinion, or critical opinion of whoever’s in power. So, I think Greta fits the mold and she’s a world class journalist. She plays it straight. I told her, ‘We won’t interfere with your editorial product.’ She’s very pleased with the latitude we’re giving her. She likes to go out in the field and get the news right where it’s happening. I love that. Our slogan is ‘real news for real people,’ and she is a real person trying to work for real people to get the news. I think it’s a good match and we’re really excited.”

Ruddy, who maintains that Newsmax “is not hard-right,” thinks Van Susteren will “help clear up any misconceptions about the network, that we are taking political positions or otherwise.” He adds, “I think she is a standard that we like and that we have felt we have tried to attain. She is a pacesetter for other journalists about how you should cover and report the news.” 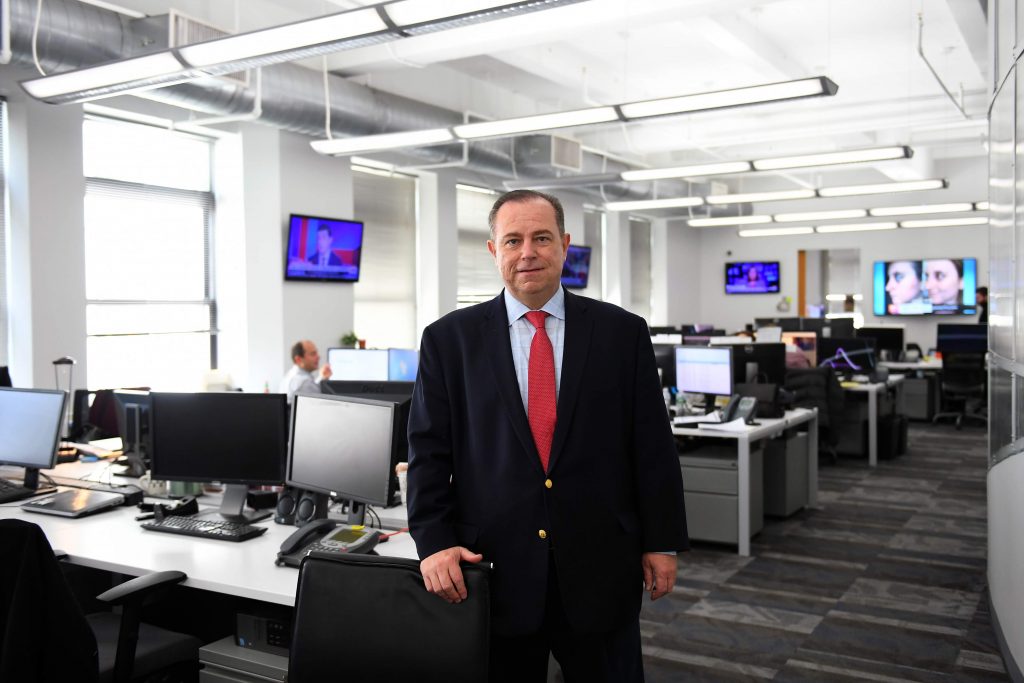 It’s clear that Newsmax does have a conservative slant in its coverage, however, and attracts more Republicans than Democrats. But, Van Susteren has appealed to folks on all sides of the political aisle wherever she’s been—and it’s quite possible she’ll help broaden the network’s audience at 6 p.m. “CNN goes left and I worked well there. MSNBC goes left—I got Republicans and Democrats. At Fox, I got Democrats and Republicans there,” said Van Susteren. “[At Fox News] I did eight overseas trips with Secretary of State Hillary Clinton at a time the Obama administration wouldn’t even appear on Fox, but they had me traveling with her and covering her.”

“I think one of the advantages I bring to Newsmax is this: because I’ve been around long enough on the political issues, politicians know they’re going to get a fair shake from me,” said Van Susteren. “I’ve been able to get Republicans or Democrats regardless of where I am—and I expect the same will be true at Newsmax.”