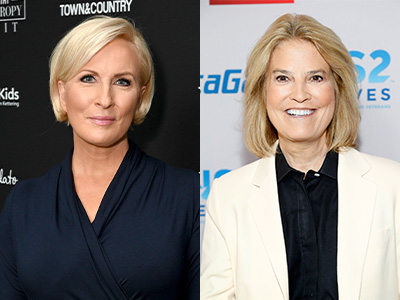 Two high-profile TV newsers feuded publicly on Twitter this morning concerning whether hosts should be critical of how other networks cover the news.

Van Susteren   –who currently hosts a syndicated Sunday public affairs program on Gray TV, and previously hosted shows on all three major cable news networks– responded to the story by saying, “News orgs and hosts need to stop talking about competitors as each news org has so many skeletons in their closets…They should focus on their own jobs and stop watching each other.”

News orgs and hosts need to stop talking about competitors as each news org has so many skeletons in their closets…They should focus on their own jobs and stop watching each other pic.twitter.com/qC9iZ2R9HE

Then please stop watching us. What a disturbing tweet. This is about corruption in the Presidency and the hosts that promulgate the President’s lies. A shame not to recognize the importance of this moment. https://t.co/6KTJ5S9icD

Actually the truth matters. It may not to you. There are those using their platforms to promulgate the President’s lies. You know that. We will recognize it and condemn it when it happens. You may not care about the truth. We do. https://t.co/HNjM5yY5tp

Do you really believe – even for one second – that I don’t care about the truth? https://t.co/ohpeT5zY7P

Van Susteren, for years an active Twitter user, spent a chunk of the 7 a.m. ET hour responding to critics and defending her statements.

There are more than 300 million in USA…a small percentage has cable and watches any of the 3 cable networks..yes, it is important to sometimes call out a competitor who gets it wrong but it seems to me that we are at the point where there is too much time at expense of news https://t.co/507fjnAL4s

Brezinski and Van Susteren shared an employer for six months in 2017, though the latter was Washington-based while the former was (and still is) New York-based. Their contact was likely limited during that time.

Van Susteren’s MSNBC show For the Record with Greta launched on Jan. 9, 2017 and aired in the network’s 6 p.m. timeslot. The program lasted just six months, and Van Susteren left MSNBC in June 2017,

In addition to her gig at Gray, Van Susteren also hosts Plugged in with Greta Van Susteren on Voice of America, a news service which broadcasts exclusively outside the U.S.