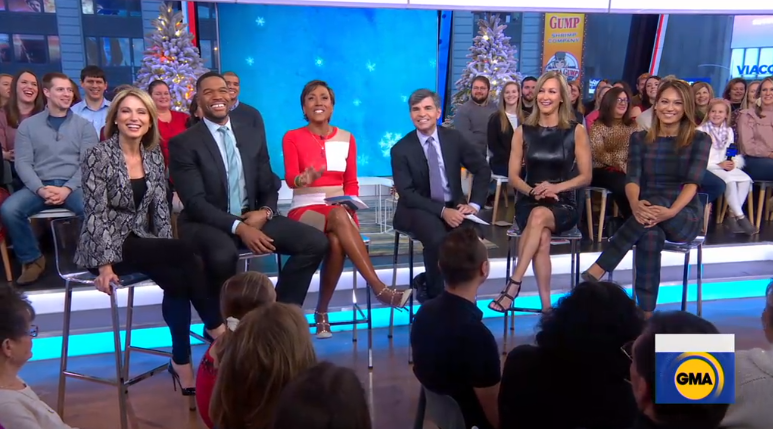 Good Morning America produced its 2019 year-end video, looking back at the most important news and fun moments from what was quite an interesting year.

Although with more impeachment coverage on the horizon, they may need to produce a second version!

The 13 1/2-minute video, featuring George Stephanopoulos, Robin Roberts, Michael Strahan, Lara Spencer, Amy Robach and Ginger Zee, and many more ABC Newsers, looked at some of the year’s top stories, including the college admissions scandal, mass shootings in El Paso, Texas and Dayton, Ohio (that transpired within 13 hours of each other), Boeing scandal, the vaping crisis, the take-down of ISIS leader Abu Bakr al-Baghdadi; politics stories, including the new congress, featuring a record number of women. Of course, the video showed clips of ABC News impeachment coverage.

Then, the weather stories. There were clips spliced together showing Zee, Rob Marciano, and other ABC News correspondents reporting on Hurricane Dorian, the California wildfires, and more.

We’ll let the second half of the video speak for itself. Let’s just say it’s more upbeat than the first part.