NEXT:Scoreboard: Tuesday, Sept. 17
PREVIOUS:Alisyn Camerota Says It Would Be Easier to Stay Silent About Her Old Employer, But 'When It Just Becomes So Glaringly Hypocritical It's Very Hard, as a Journalist, to Just Sew My Mouth Shut' 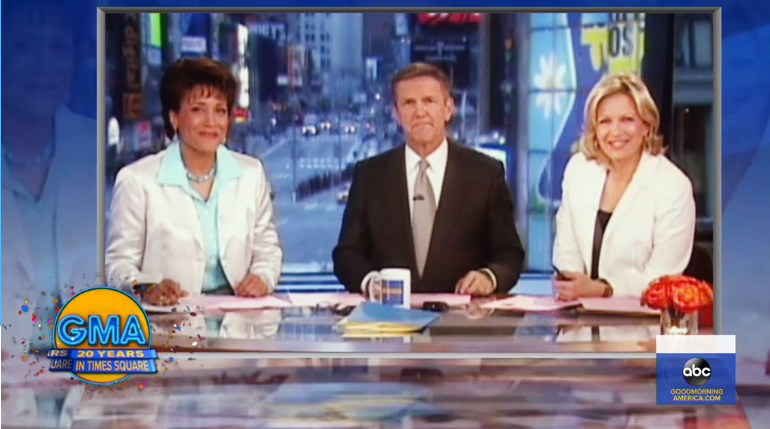 That was the date Good Morning America originated for the first time from its Times Square studio.

The broadcast celebrated 20 years in Times Square earlier today in a variety of ways, the first of which was by presenting a seven-minute-long mashup video consisting of throwback footage, narrated by the show’s longest serving anchor, Roberts.

This morning’s broadcast also featured a Broadway musical mashup with the cast of The Lion King, Aladdin and Frozen.

A wooden American flag from a previous GMA studio that was once hung up by Muhammad Ali, Diane Sawyer and Charlie Gibson during that first week, made its return.