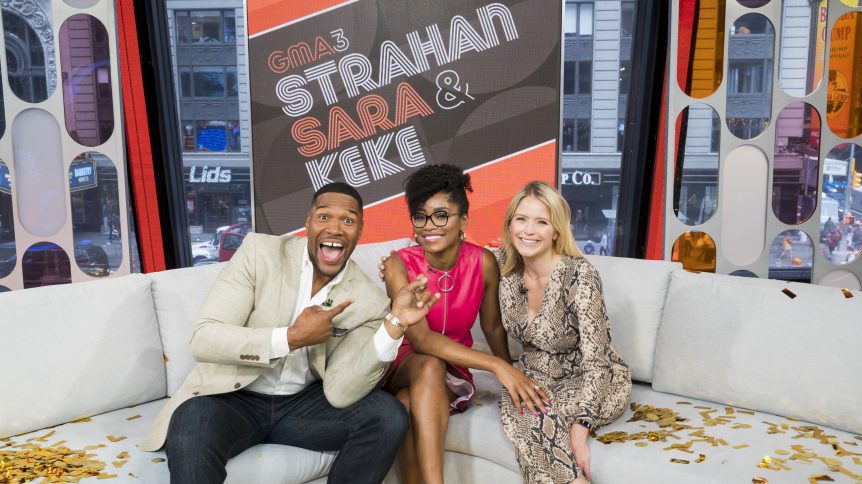 Good Morning America’s third hour, which airs in ABC daytime, has a new title and a third co-host in Keke Palmer.

The show, which is currently called Strahan & Sara, will now be known as GMA3: Strahan, Sara & Keke, the hosts said on today’s show. Palmer will join the show alongside co-hosts Michael Strahan and Sara Haines.

This is the third title for the GMA offshoot, which launched last September as GMA Day, replacing The Chew. It was renamed Strahan & Sara in January.

Palmer, best known for acting in shows like Scream Queens, had been filling in for Haines this summer during her maternity leave. “Keke was so great. She came in this summer when I was on maternity leave. We love Keke because she stepped up to the plate and joined our family and carried the ball,” said Haines on today’s show.

In a statement, executive producer Rory Albanese said, “It’s been a blast having Keke co-host this summer. She brings a unique and spontaneous energy viewers love.  She’s a multitalented artist, and I’m thrilled to have her join Michael and Sara every day. The three of them are a terrific team, it’s going to be a lot of fun.”

Haines left The View lastsummer to co-host the hour with Michael Strahan, who is also co-anchor of the flagship  7-9 a.m. edition of GMA.