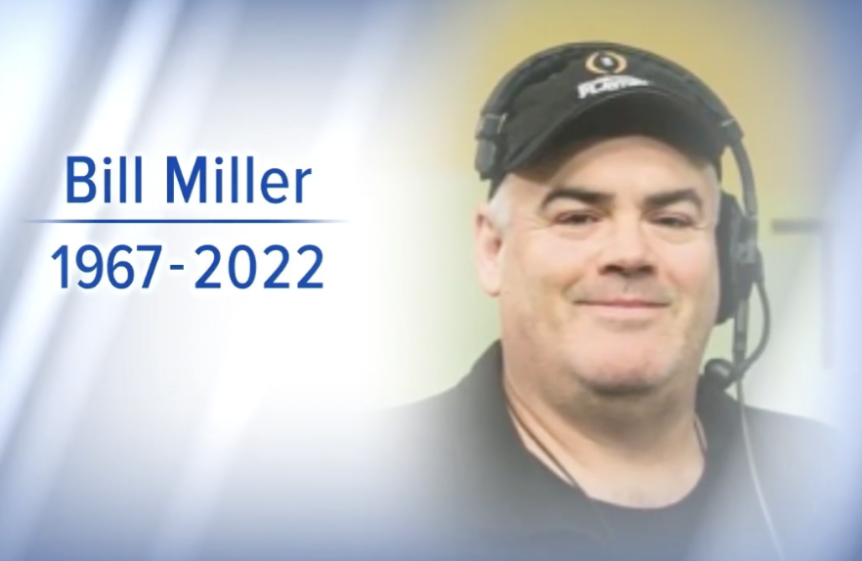 The weekday team addressed his tragic passing on Monday’s broadcast.

“Bill was a total pro. He brought his expertise to nearly every show on the network, here at GMA, This Week, even New Year’s Rockin’ Eve,” said George Stephanpoulos. “On set, he always made you feel ‘I’ve got this. This is handled.’ Also had a great dry sense of humor.”

Robin Roberts added, “He was a gentle, gentle giant and our hearts, our condolences, our prayers go out to Bill’s boys Logan and Jake, whom he absolutely adored.”

The GMA Weekend team also shared a tribute to Miller over the weekend. Co-anchor Whit Johnson posted the tribute on Instagram:

In addition to his work as a stage manager on GMA, Miller also worked on ABC programs including The Chew, Tamron Hall, Martha as well as MTV’s The Real World; and ABC specials including New Year’s Rockin’ Eve and Live Earth: The Concerts for a Climate in Crisis.

ABC News president Kim Godwin took a moment to recognize Miller during Monday’s 9 a.m. call, saying: “I met Bill the first time I came to Good Morning America’s Times Square Studio and he introduced himself—as he has to so many—by simply saying, ‘They call me Big Bill.’ We’ll miss Big Bill’s tremendous presence which I remember fondly and I’m thinking of his family. Words are never enough, but my heart is with his family, his colleagues, the Good Morning America team and all of you who knew and adored Bill.” Godwin closed the call saying, “As Bill would want us to: let’s smile on and make it a great day, in honor of Big Bill.”