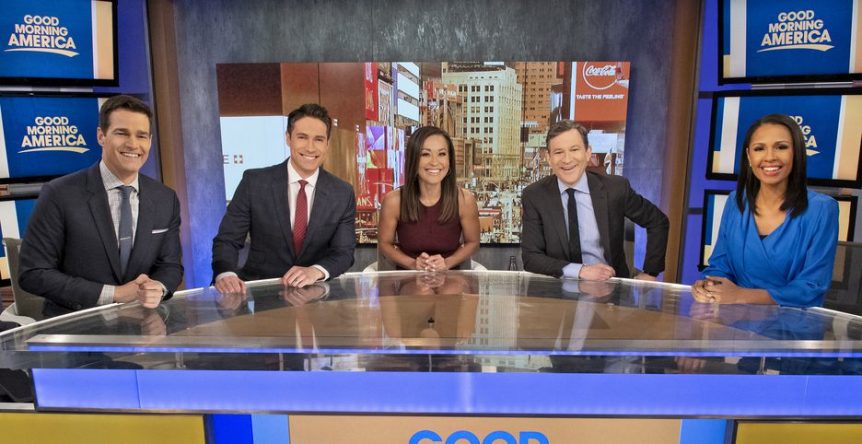 Burns was also the co-lead of the Black Employee Network for the news divisions of both MSNBC and NBC News, and also served as the executive producer of MSNBC Live with Tamron Hall before Hall departed the network. Burns also helped launch The Last Word with Lawrence O’Donnell.

She is no stranger to ABC News and Good Morning America. Before her run at MSNBC, Burns was part of the GMA family as Robin Roberts’ anchor producer.

The addition of Quiana Burns isn’t the only good news the morning show is announcing today. Weekend Good Morning America senior broadcast producer Mike Milhaven is moving over to the flagship GMA team.

Good Morning America senior ep Michael Corn said in his internal memo to staff that Milhaven “will work with Chris Brouwer and the first-hour team to build on the momentum we’ve created and to take the show to a new level of success.”

Corn added: “Mike has done a tremendous job leading the weekend shows over the past four years, from his first month on the job covering the deaths of Mohammed Ali and Fidel Castro as well as the Pulse nightclub shooting to overseeing the expansion of GMA Saturday to two hours. Under his guidance, GMA Saturday has retained its No. 1 status in Total Viewers and Adults 25-54, and GMA Sunday has reduced CBS’s lead by double digits in Adults 25-54 and Adults 18-49. I am excited to have Mike bring his leadership and storytelling skills to weekdays.”