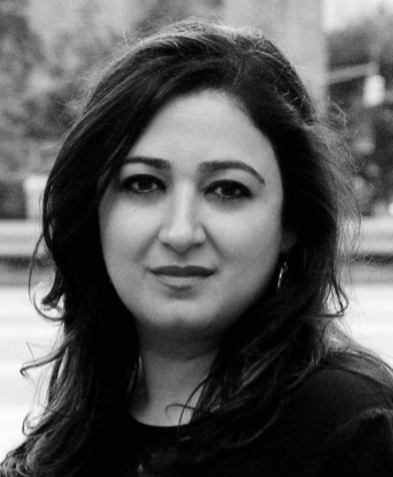 Vice News is building out its executive team in preparation for 2020, and former Gizmodo Media editorial director Susie Banikarim will be part of that team.

Banikarim is joining Vice News executive vp and global head of newsgathering, and she steps into the role on Jan. 6.

In this new senior leadership role, Banikarim will oversee newsgathering functions and daily newsroom operations for all of Vice News’ bureaus working across New York, Washington, London and LA as well as the news organization’s digital and social divisions. Banikarim will be responsible for strengthening Vice News’ daily operation and global editorial strategy for Vice News Digital.

Working with Subrata De, senior ep of long form, and Maral Usefi, ep of news, Banikarim will work with numerous reporting teams as Vice News continues to grow on new platforms, including audio and through content partnerships with Hulu and the upcoming weekly Vice on Showtime.

Banikarim will also be teaming with Morgan Hertzan, evp and general manager, Vice Television, the Vice News team is bringing increased news and documentary programming across Viceland, including Vice News Reports and the relaunch of Vice News Tonight in 2020.

“Susie is a powerhouse in the world of news. She’s a rare veteran of both digital media and television and we’re thrilled that she’ll be bringing her decades worth of experience to our newsroom,” said Vice global news and entertainment chief Jesse Angelo in a statement. “Her unparalleled strategic expertise comes at an exciting time for VICE as we continue to push the boundaries and pursue new journalistic excellence heading into 2020.”

“In a time when we are losing many of media’s most brash voices, Vice continues to tackle stories others won’t with unique authenticity and irreverence,” added Banikarim. “Vice News’ commitment to fearless, provocative global journalism is unrivaled and I’m looking forward to working with Jesse and the incredible team to shape its next chapter.”

Banikarim was the editorial director and evp of Gizmodo Media Group until May. In that role, she set editorial strategy and oversaw Deadspin, Gizmodo, Jalopnik, Jezebel, Kotaku, Lifehacker, Splinter and The Root. Previously, she was the chief content officer of media and technology start-up Vocativ. She helped launch Katie Couric’s syndicated talk show and worked at Newsweek Daily Beast as deputy director of editorial and she executive produced Daily Beast TV.

Banikarim began her journalism career at ABC News where she served as a senior producer for World News and as an anchor producer for Diane Sawyer, George Stephanopoulos, Charlie Gibson and David Muir.

Banikarim will be based in Vice’s Brooklyn headquarters and will report to Angelo.

Today’s leadership announcement comes as the company continues to expand its newsroom with a raft of new hires and promotions.

In his new role, Walker will oversee the DC newsroom operation. In addition to covering politics from Washington, he will continue to provide conflict reportage from the Middle East.