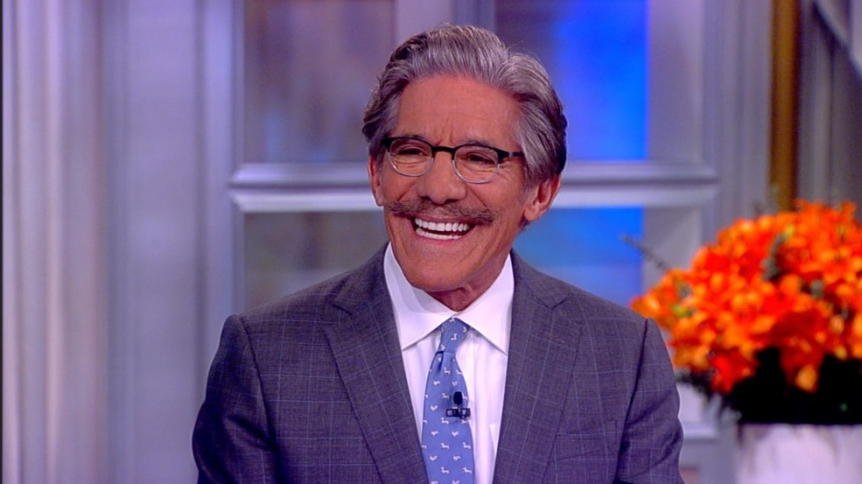 Fox News correspondent Geraldo Rivera appeared on ABC’s The View for a couple segments this morning to promote his new book The Geraldo Show.

Rivera, a supporter of President Trump, was asked about the 60 Minutes interview with Stormy Daniels. Rivera sent out tweets earlier in the week expressing skepticism about Daniels’s story. Part of his response to The View co-host Sonny Hostin‘s question included a general criticism of TV news coverage.

It’s a question of look at CNN, which was the paragon of virtue in broadcast news; for them to give this much attention to a person whose story when it comes down to it is she had a one-nighter with a man that is a broadcast reality show billionaire real estate tycoon, she had a one-nighter in the bungalow of the Beverly Hills Hotel. 60 Minutes hyped it, CNN hyped it as if it was the nuclear code. It was really, I thought, way excessive and they did it because they wanted to take down the president. So much of the news about the president is construed in the most evil, vile way possible.

The View co-host Joy Behar responded by saying, “Do you mean to tell me Fox News didn’t do that to Monica Lewinsky?” to which Rivera responded that he was at CNBC at the time, and “one of President Clinton’s most ardent supporters.” He then praised his current employer, saying he is pleased that Fox News continues to have him on because he has “progressive ideas.”

“I’m pro gun control, pro-choice, pro-immigration reform…the fact that they have me belies the notion is propaganda.”

Rivera then went on to mention that the people who run mainstream media outlets “are out of touch with the president’s point of view.”

Behar, who has known Rivera for years, then brought up the Fox Newser’s November 2017 tweets in support of a then-recently-fired Matt Lauer and what he described as a “flirty” newsroom culture (he later apologized for the tweet).

Rivera addressed the Lauer comments, as well as why he has felt uncomfortable going after Charlie Rose, Bill O’Reilly, the late-Roger Ailes and Tavis Smiley:

“I spoke and tweeted before I heard the severity of the allegations,” @GeraldoRivera says of his controversial tweets defending Matt Lauer. “I should have held — just like the president — I should have withheld my digits until I knew more of the facts.” pic.twitter.com/C5CcpF6Poo

Rivera stuck around for a second segment, where Behar brought up the Bette Midler 1991 Barbara Walters interview in which Midler accused Rivera of sexually harassing her in the in the 1970s. The story went viral late last year in light of Rivera’s original comments seemingly in support of Lauer.

Behar asked Rivera to give his side of the story:

“Bette did that interview in 1991 which is 19 years after we were together, 18 years after we were — Bette and I were together in 1973. She never said anything about our relationship and it was a consensual, adult relationship that lasted for a considerable period of time. We traveled together. we went to the Friar’s Roast together. To portray it as me going into an interview and groping her was absolutely false. But what happened is in 1991 is I wrote a tell-all autobiography in which I told the story of not only Bette but many other women I had been with, to my shame, to my eternal regret. It’s the worst thing that ever happened to me that i self-inflicted injury…and I apologized afterward for writing the book. That interview where she made that allegation came as a result of what i wrote about her. 27 years after that interview, it has come back, and how much do i have to pay for writing that book 27 years ago.”

The conversation was contentious at times, but for Rivera, the appearance on the ABC News program brought back fond memories of his 15-year stint at the network:

At #ABCNews to appear live on #TheView & saw this trip down memory lane. Here for 15 great years. pic.twitter.com/QgsvUkVOAx