NEXT:More Denials From NBC Brass About Matt Lauer Complaints
PREVIOUS:Dateline Delivers Largest Margin of Victory For a November Sweeps Since 2002 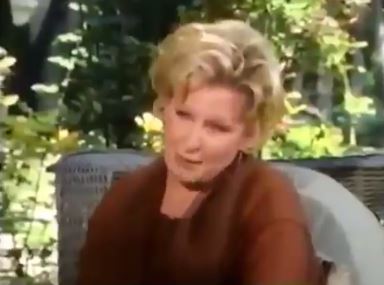 Fox News host Geraldo Rivera opened a can of worms Wednesday when he took to twitter seeming to support Matt Lauer and a “flirty” newsroom culture. He later apologized for the comments.

But the original thread opened the door for a ton of criticism, including from actress Bette Midler who used her own twitter platform to remind followers of a 1991 Barbara Walters interview in which Midler accused Rivera of groping her in the early 70s. WATCH:

Tomorrow is my birthday. I feel like this video was a gift from the universe to me. Geraldo may have apologized for his tweets supporting Matt Lauer, but he has yet to apologize for this. #MeToo pic.twitter.com/TkcolFWfA2

And this morning, Rivera has apologized again.

Although I recall the time @BetteMidler has alluded to much differently than she, that does not change the fact that she has a right to speak out & demand an apology from me, for in the very least, publically embarrassing her all those years ago. Bette, I apologize.