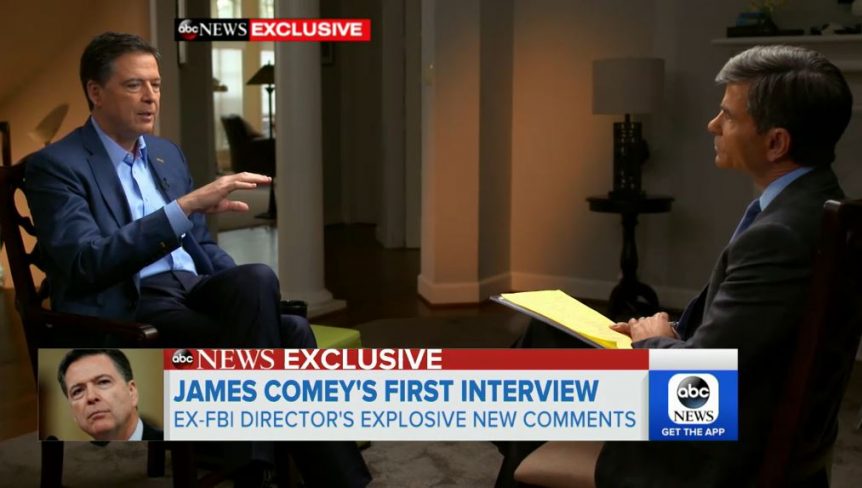 Having first worked in politics and, for the last 21 years, in TV news, there’s not a lot that can surprise George Stephanopoulos. But his interview with former FBI director James Comey this past Monday did.

Good Morning America played the first clip from an hours-long interview which included President Trump considering requesting Comey investigate the so-called Steele Dossier. Comey went into detail about his own thoughts about the unsubstantiated dossier, which included an accusation of Trump being with prostitutes in Russia in 2013.

“That took my breath away,” Stephanopoulos said of Comey’s retelling of events. “I thought I knew this story. Collectively we weren’t really ready for everything that he was getting ready to say.”

After the interview aired (which you can watch below) Pres. Trump responded on Twitter:

James Comey is a proven LEAKER & LIAR. Virtually everyone in Washington thought he should be fired for the terrible job he did-until he was, in fact, fired. He leaked CLASSIFIED information, for which he should be prosecuted. He lied to Congress under OATH. He is a weak and…..

….untruthful slime ball who was, as time has proven, a terrible Director of the FBI. His handling of the Crooked Hillary Clinton case, and the events surrounding it, will go down as one of the worst “botch jobs” of history. It was my great honor to fire James Comey!