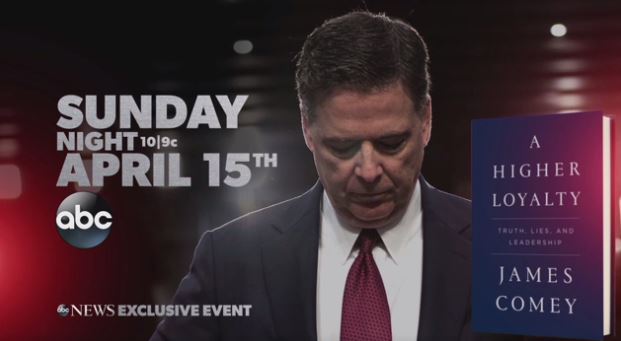 This is Comey’s first interview since being fired by Pres. Trump. “Nothing’s off limits,” an announcer says in the promo. Comey is promoting his memoir, A Higher Loyalty, which comes out two days later, on April 17.