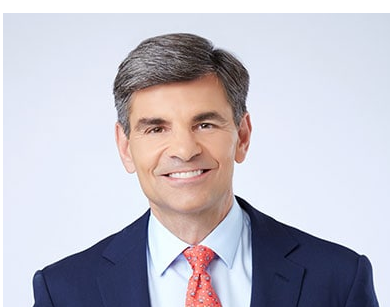 ABC News’ signature personality, George Stephanopoulos has signed a new four-year deal which will keep him at ABC News through the 2020 presidential election.

A source familiar with the matter confirmed to TVNewser the portion of Page Six’s report stating that ABC had indeed signed its chief anchor, GMA co-anchor and host of This Week for four more years.

According to Page Six, the new deal with ABC is supposedly worth somewhere between $15 million and $18 million per year. His previous, five-year contract was worth $15 million a year.

Stephanopoulos joined ABC News in 1997 as a political analyst after leaving the Clinton administration, before becoming the permanent host of the network’s Sunday public affairs show This Week in 2002. He has hosted the program semi-continously ever since.

Stephanopoulos is also a significant reason for Good Morning America’s climb to the No. 1 ranking in total viewers back in 2013. He joined the broadcast in 2009 after Diane Sawyer assumed the ABC World News Tonight anchor chair.

Stephanopoulos’ GMA colleague Robin Roberts only had glowing things to say when we spoke with her about him at the end of last year:

“He’s earnest, but what I really learned to appreciate about him is that what you see is not necessarily what you get. People feel that he is completely buttoned-up, or he’s this political expert. I have seen this man, when talking with his daughters, tears come to his eyes. When I was ill, the same thing. What I’ve learned is you can feel like you know somebody, but you really don’t. Especially in this political world that we’re in right now, [it’s great] to have someone like George sitting there to be our captain. We can’t get him to dance, but that’s OK!”

Stephanopoulos has had a big year, landing notable interviews with former FBI Director James Comey, former Donald Trump fixer Michael Cohen, (who he has known for years) and Pres. Trump.

We hear that his responsibilities at ABC News will remain the same.