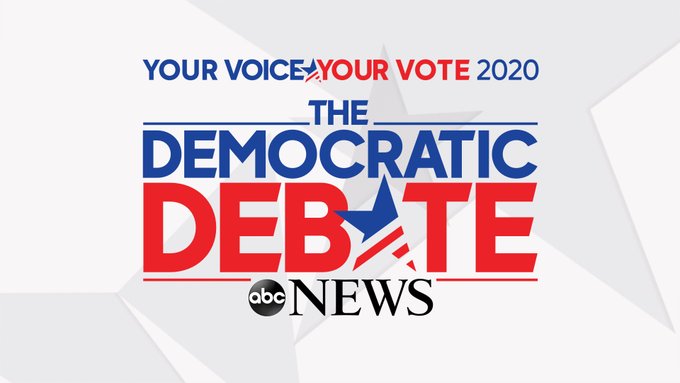 ABC News has released more details about the third Democratic primary debate, which the outlet will co-host with Univision on Thursday, Sept. 12 (and possibly Friday the 13th) in Houston, Texas.

In the event that more than 10 qualify, ABC News in accordance with the DNC, will hold a selection event next Thursday, Aug. 29 to randomly assign the candidates to a night. The format of the debate will be one minute and 15 seconds for direct responses to questions and 45 seconds for rebuttals.

ABC and the DNC announced last month that the debate will be held at Texas Southern University, a public, historically black university in Houston, and will air across ABC, Univision with a Spanish translation, locally on KTRK-TV and on ABC News Live.

In order to qualify for the September debates, the DNC requires candidates must receive 2% or more support in at least four national polls, or polls conducted in the early-voting states of Iowa, New Hampshire, South Carolina and/or Nevada.

Each poll submitted must be publicly released between June 28 and Aug. 28 and be must be sponsored by one or more of the following organizations approved by the DNC: The Associated Press, ABC News, CBS News, CNN, the Des Moines Register, Fox News, Monmouth University, NBC News, The New York Times, NPR, Quinnipiac University, University of New Hampshire, The Wall Street Journal, USA Today, the Washington Post, and Winthrop University.

To meet the grassroots fundraising threshold, candidates must have received donations from at least 130,000 unique donors over the course of the election cycle, with a minimum of 400 unique donors per state in at least 20 states. Qualifying donations must be received by the DNC by 11:59 p.m. on Aug. 28.

So far, 10 candidates have qualified for the third round of debates: