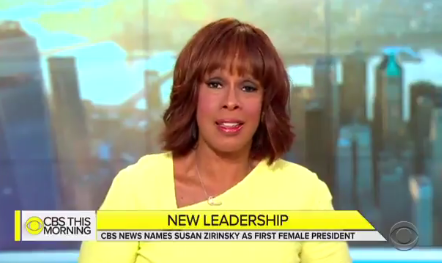 The Hollywood Reporter has CBS This Morning co-host Gayle King on this week’s cover.

The story–The Anchor: Gayle King and CBS News’ Plans to Steady a Once-Storied Ship–touches on a variety of topics, not limited to King’s well-documented friendship with Oprah Winfrey, her rise from local news to the face of CBS News, navigating the exit of her longtime colleague Charlie Rose, and her highly-publicized contract negotiations, which received a boost from her standout interview with R. Kelly.

King was already receiving interest from CNN and ABC News (who had previously courted her to join The View in 2014), when interview with R.Kelly went viral. It couldn’t have come at a better time for King, from a business standpoint.

“I got the distinct sense that Gayle had at least one foot out the door,” Anthony Mason, her friend and now CBS This Morning co-anchor, told THR. “She wasn’t gone, so there was always a chance of keeping her. But there was a fair bit of momentum in the other direction.”

The well-timed interview was followed by a new deal worth $11 million annually, doubling her previous pay.

A very different result from 2016, when King unsuccessfully advocated for equal pay with her co-anchor Charlie Rose.

Speaking of Rose, “Charlie is not on my you’re-dead-to-me list,” King says, despite his being fired from CBS in November 2017 due to sexual misconduct allegations. “I saw him about a month ago.”

“There has long been recognition that she is a unique broadcaster, journalist, storyteller, humanitarian,” Zirinsky told THR. “Gayle brings a unique sensibility and sensitivity. What this represented was a sea change.”

When asked if she would still be at CBS News had Zirinsky not been named to head up the division, King told THR: “No, I would not. I had other things that were interesting to me, and I was giving them serious consideration. But I believe in her and I think she believes in me. Let’s just start with that.”

She added: “I did picture myself somewhere else. But I want to see this through. And my heart is really rooted at CBS.”

King also remarked that she wants to be in L.A. one day, where her two adult children and her best friend all live.

“At one point I thought that would be something that would be happening in the near future,” Winfrey told THR. “Now I think she’s going to be at that desk for a while.” 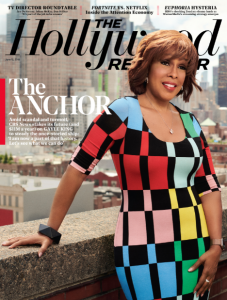