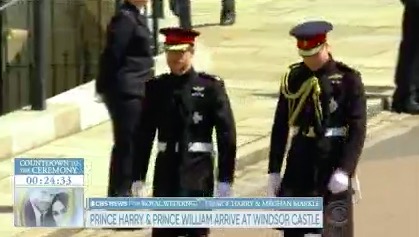 Gayle King, anchoring CBS News coverage of the royal wedding of Prince Harry and Meghan Markle this morning at Windsor Castle, has won her friendly bet with Norah O’Donnell.

The bet, which escalated to $1,000 this morning, was over whether Harry would keep his beard, or shave it off. Gayle wagered it would stay. Norah, said it would go.

O’Donnell will now donate that $1,000 to Ana Grace Project.