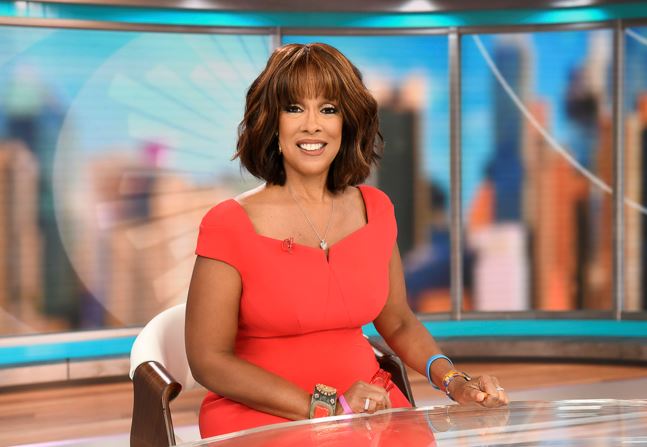 Gayle King has decided to renew her contract with CBS News, and will continue to co-host CBS Mornings.

CNN’s Brian Stelter, citing sources, reported last week that King was going to renew. However, she made it official Friday on her SiriusXM show. Here’s what she told her listeners:

“Another bright spot. This is the first time I’ve ever had a bright spot that it’s actually talking about myself. But I am just gonna take a second just to say…bright spot of my life. I came home today, I called favorite daughter Kirby, favorite son Will, and called Oprah of course…that’s…those are…that’s basically my tribe…and said I just signed with CBS today. I’m very very very excited about that news. Yes if we had music…. I know people are clapping on the screen… I just re-signed, it just happened today. I saw my lawyer, we rendezvoused. And its so interesting, you know I just celebrated my 10 years at CBS. I have long history…long history there. And you know, there’s lots of speculation about “what Gayle’s gonna do, where is she gonna go”…Um…”is she being courted”, the answer was yes…is she…you know “she has a grandchild, does she wanna move to California”, the answer is no. I mean, I don’t know why people thought that just because you have a grandchild now all of a sudden you just want to give up your career and go sit in California. No. I still, you know, I still feel that in many ways I’m just getting started. So I celebrated my 10 year anniversary, that was always great fun. But the thing that really got to me is 2 days ago we had a great town hall…we have a new power team, new bosses over at CBS, Neeraj and Wendy. And they gave such an amazing presentation. Now I looked at that and I thought, God do I wanna be a part of that. You know they believe in swinging for the fences, and I’m thinking I wanna play. I wanna play.”

King confirmed that she was being courted by other networks before choosing to remain with CBS News. However, she did not specifically confirm the New York Times report from earlier in the week that CNN chief Jeff Zucker reached out to her reps to gauge her interest in hosting their 9 p.m. hour.

Networks don’t generally disclose salaries, however, it has been reported that King currently earns $13 million per year. This new contract would most certainly put her over that annual figure.

“You know I’m very excited about politics of course, I’m very excited about changes that we’re making…we’re starting a whole new streaming platform which is exciting. We’ve got CBS News. Actually, Drew Barrymore and I went on to cheer the new team in our old studio. It was…Vladimir Duthiers and Anne Marie Green. The vibe and the energy was so great over there. The only thing I don’t like about this job are the hours. But you can’t complain about the hours cause the job is what it is. And I’m so proud to be a part of the team, I’m so glad that the negotiations are over. I actually don’t like negotiations, I’ll be very honest with you. I don’t like all the speculation, “what’s she gonna do?.” I’m not trying to be cute, not trying to be coy. But today, I officially signed on the dotted line. So I will be with CBS a little bit longer. I say, Neeraj and Wendy, swing for the fences, let’s go. I wanna play.”

King recently marked her 10th anniversary at CBS News. She joined the network in 2012 as host of CBS This Morning. The show has cycled through many co-hosts over the decade, but King has been the one constant.

Next on the docket for CBS News is Evening News anchor (and King’s former partner-in-crime in the mornings) Norah O’Donnell, whose current contract also expires in 2022. Will she renew? Tough to see her not, although you never know! We’ll keep our ears to the ground for you, as always.