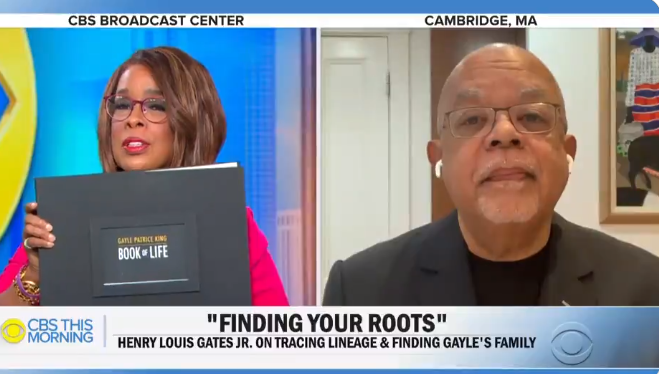 The team at CBS This Morning had Dr. Gates on to preview the broadcast today, and King said she learned a ton about her ancestry thanks to Dr. Gates’ research, including that she has more white blood than she previously thought (Spoiler alert: King’s great-grandfather was a white man who was never spoken about in her family).

“Not only through DNA did we find out that you were 1/3 European,” said Gates, “But we found the identity of your great-grandfather. His name was Robert Elliott Copes from Orangeburg, South Carolina.”

Most of us have no clue about our ancestry. But thanks to @HenryLouisGates, I now know more than I ever did before. For instance, I actually have more white blood than I thought.