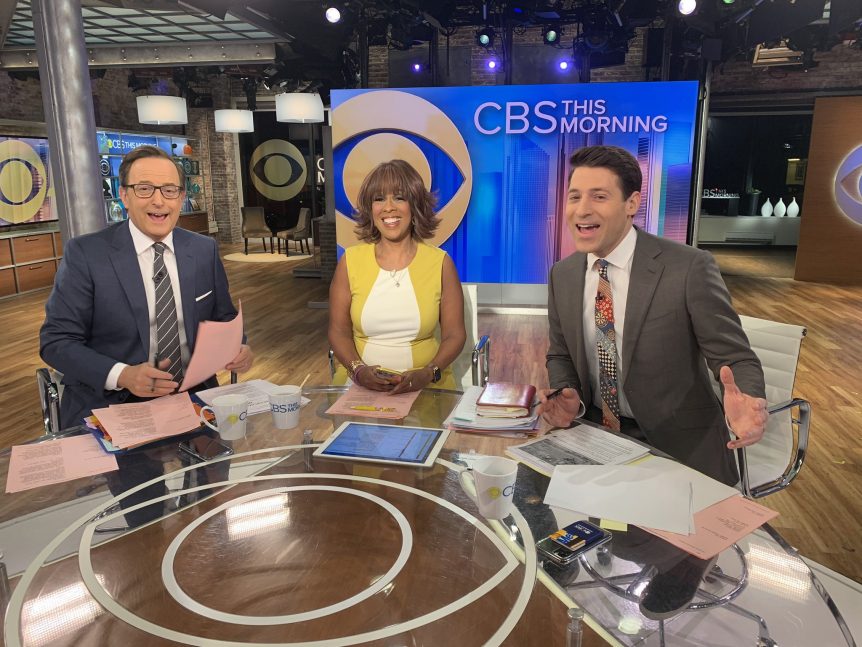 CBS This Morning debuted 8 years ago today, with the idea of delivering more serious fare to the mornings.

Fast-forward 8 years, and there were King, Anthony Mason and Tony Dokoupil celebrating the show’s 8th birthday on-air and working to maintain that same standard.

King wore her signature yellow dress earlier today that she wore on the first broadcast of CTM in 2012, and has continued to wear every year since launch. “It is the only day that I wear this dress,” King said. “I only wear it here and I only wear it on this day.” King continued, “I can still fit into it, I’m proud to say.”

“I only wear [this yellow dress] here and on this day… and I can still fit into it I’m proud to say” — @GayleKing on wearing her special yellow dress every year on our birthday 🌟 pic.twitter.com/FDvGG7QmvR

CBS This Morning has experienced a lot of change since the firing of Charlie Rose in Nov. 2017, and the appointment of Susan Zirinsky as CBS News president nearly 1 year ago.

Zirinsky performed a significant revamp of the morning show not long after taking on the role of president. She moved then CTM co-host Norah O’Donnell over to CBS Evening News as the anchor, and moved John Dickerson from CTM to 60 Minutes as a correspondent. Zirinsky also installed a new executive producer, Diana Miller, replaced O’Donnell and Dickerson with new co-hosts Mason and Dokoupil, and named a new team of national correspondents for the show: David Begnaud, Jericka Duncan, Anna Werner and Vlad Duthiers. Each took on his/her current role last spring (with the exception of O’Donnell, who took on permanent Evening News anchor duties on July 15).