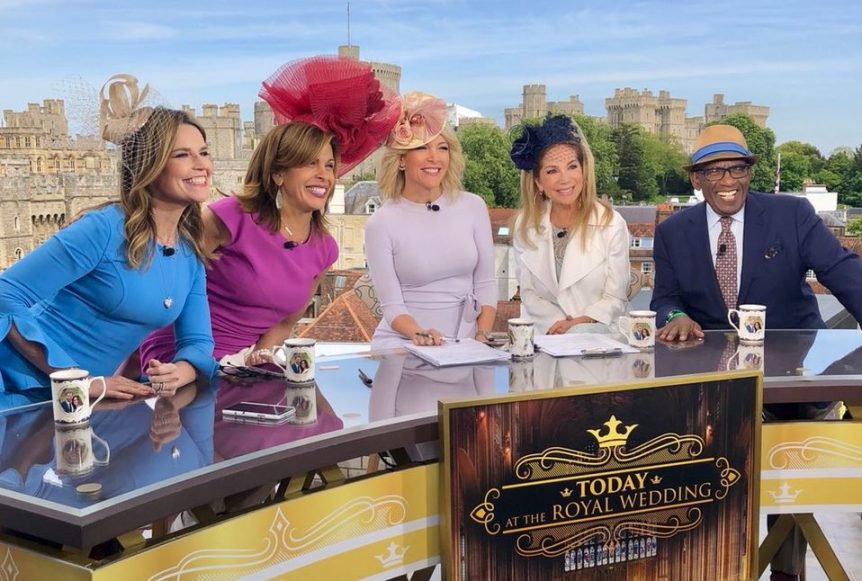 GMA, CBS This Morning and the Today show are all broadcasting from Windsor, England this morning ahead of tomorrow’s royal wedding.

In the midst of the 4 hours of NBC’s Today, the royal conversation among Megyn Kelly, Savannah Guthrie, Hoda Kotb, Kathie Lee Gifford and Al Roker when a little sideways, when Kelly brought up the idea of having “an American queen,” should Meghan Markle ever ascend to the throne.

“The truth is, in order for her to become queen, a lot of hideous and tragic things would have to happen,” Kelly said.

“Thanks for bringing that up. That’s fantastic. Oh, what a happy day it is. Sorry, everybody,” said Roker.

Then the conversation turned to the history of brides wearing white on their wedding day, which goes back to Victorian times.

“Did you wear a white dress?” Kelly asked Gifford.

“Yeah, but I’m the only woman in the history of America that deserved to wear a white dress. You know what I’m saying? The only 23-year-old virgin in Hollywood at the time,” said Gifford.

“That took a turn,” added Roker.

“White was really to hard to get, the linen. And [Queen Vicoria] wanted to show off how rich they were, is the story,” said Kelly.

“Because she was quite the fashion icon,” Gifford said sarcastically. “She was no oil painting.”

“You know, we haven’t left here yet,” said Roker. “We still have to get out of the country!”