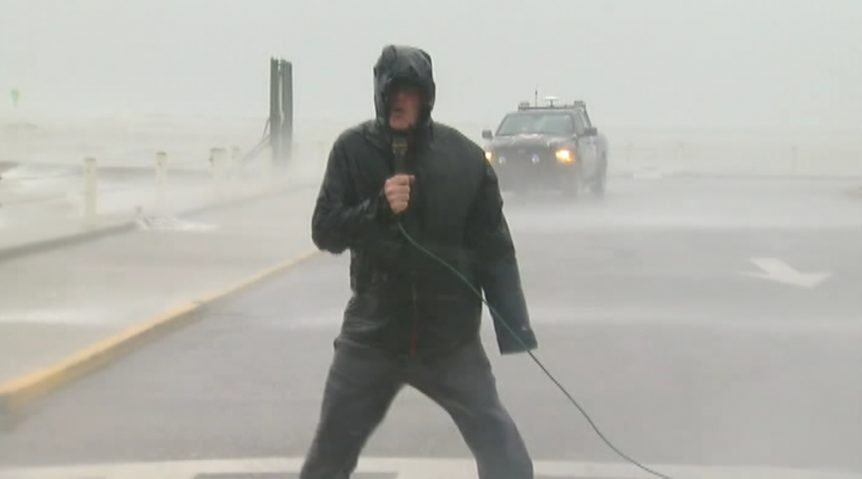 Fox News Channel Miami-based correspondent Steve Harrigan has reported from more than 70 countries in his career. For the last week he’s been in South Texas reporting on the approach, landfall and now days of devastation inflicted by Hurricane Harvey. We caught up with him this morning as he and his crew made their way to another area hard hit by Harvey’s relentless rain.

TVNewser: Now at day 5, how are you seeing things in terms of the situation on the ground?

Harrigan: Each day you wake up and there is a new “worst” spot. Right now we are driving to Beaumont. We turn around at high water or when bridges are suspect.

TVNewser: You’ve been in war zones and covered other natural disasters. Knowing no two stories are the same, how would you characterize covering Harvey vs., say, Katrina?

Katrina was a punch in the nose. This is more like a python all of a sudden it’s around your whole body. When you see it from the air it hits you, house after house under brown water.

TVNewser: We saw one survivor lash out at a reporter yesterday. How do you balance getting an interview from someone to share their story, and not being too invasive?

Everyone around you here is dealing with something – the loss of a house or family in danger. Sometimes family they can’t get to. So you have to be super calm.

TVNewser: You’ve reported from around the world, but are now back in the U.S. Do you miss being a foreign correspondent?

I love being in the US.

TVNewser: Being fluent in Russian, and having reported from there, do you see yourself getting back to Moscow soon to cover the news about the U.S./Russia relationship?

It is fascinating and exciting to see a country change. I still remember interviewing a woman selling government ice cream pops outside Moscow 24 years ago. I asked her if she could ever imagine selling her own ice cream and keeping the profit.

“Noooo,” she said with a smile, as if what I said was ridiculous. “This is GOVERNMENT ice cream.”

So things change, even in ways we can’t imagine. I would love the chance to see what is going to happen in Russia. 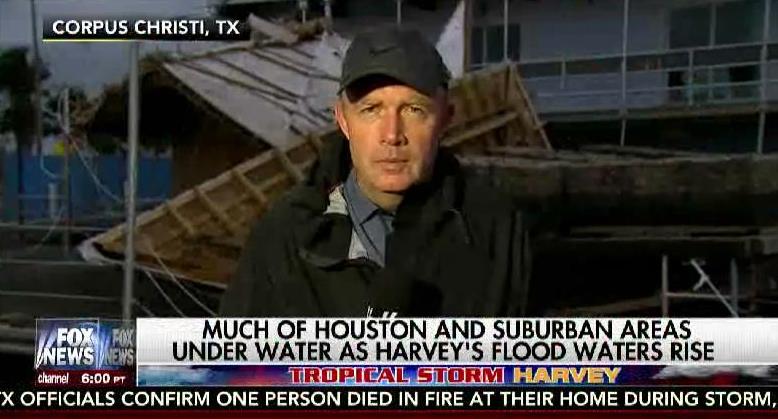