NEXT:Top German Reporter Is Losing Two CNN Journalist Awards After It Was Discovered He Made Up Stories
PREVIOUS:Scoreboard: Wednesday, Dec. 19 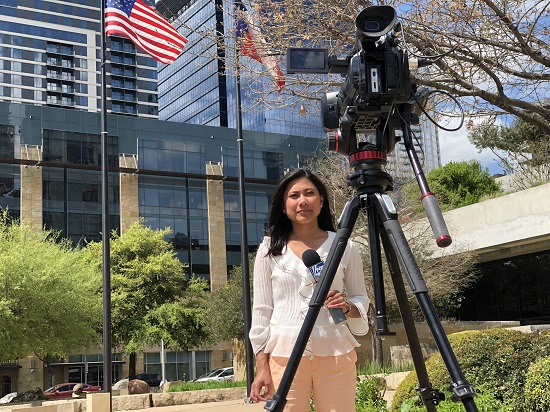 Get your textbooks out, because the Fox News Channel Multimedia Reporter Training Program is in session. Formerly known as the Ailes Junior Reporters Program after the former Fox News CEO, the program trains relatively green reporters and puts them in the field for two years.

This year’s class, named the Echo class, started their training for the two-year program last week and will hit the field soon. The class consists of five very qualified candidates who were chosen out of a pool of 500 or so applicants, and they receive the prized opportunity to research, report shoot, edit and produce their own news content across Fox News platforms.

Bill Hemmer is one Fox Newser who’s deeply involved in the MMR program. We hear he likes to conduct “breaking news drills” with the participants, and refers to their respective success stories as “Made in the FNC.”

“This program was created several years ago with a few goals in mind, including developing the next generation of talent while simultaneously expanding our newsgathering,” Berg told TVNewser. “When we launched the program several years ago, we had lightweight, digital cost-efficient newsgathering technology, more digital platforms in need of fresh, original content and the news to create a pipeline of journalists.”

Berg added: “Those three tent poles created this program. We made a commitment to invest in the finding and grooming of the next generation of journalists.”

Reporters who have come out of the program and are employed by Fox News as full-time correspondents include Garrett Tenney, Matt Finn, Lauren Blanchard and Hillary Vaughn.

How exactly does one become a part of the Multimedia Reporter Training program?

“We look at FNC College Associates, external applications, several journalism and diversity conferences,” said Berg. “And out of those 500+ applicants, the program narrows the list down to 10 finalists and brings them to Fox News in New York for two days of meetings, interviews and tests, after which an Executive Committee selects the final five. They’re in New York for a week-long orientation before heading back to their assigned cities.”

“As a news organization, we’re always looking for what is around the corner and being prepared. That requires investment and time it is well worth both,” said Berg. “Because we know their strengths as they develop in the two years, we can create the conditions for the Multimedia Reporters to succeed in their area of expertise and in an area where Fox has a need.”

Berg added: “When those two things align, we have created unparalleled opportunities for these reporters.”

Roughly half of the participants in the program go on to earn jobs at Fox, either as on-air reporters, digital reporters or in a behind-the-scenes capacity.

But what about the other half? “Many of those who graduated have been hired as local news reporters around the country and we keep in touch with them as their careers evolve,” Berg says, before adding: “Investing in these journalists for our business is something we’re proud of.”

While the Echo class is in the midst of their training, the Delta Class is presently out in the field: 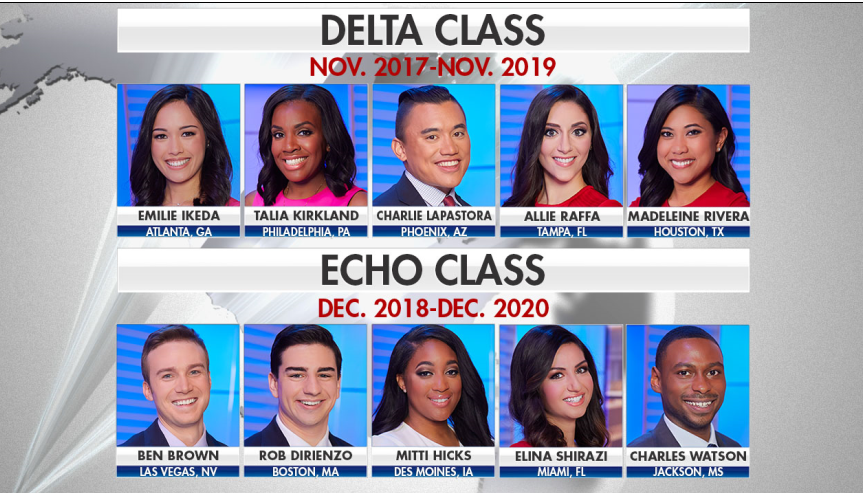