NEXT:'A Lot of TV News Is Designed More to Alarm Than Inform'
PREVIOUS:Mika Brzezinski Knew 'Five Minutes In' That Morning Joe Was Going to Be a Success 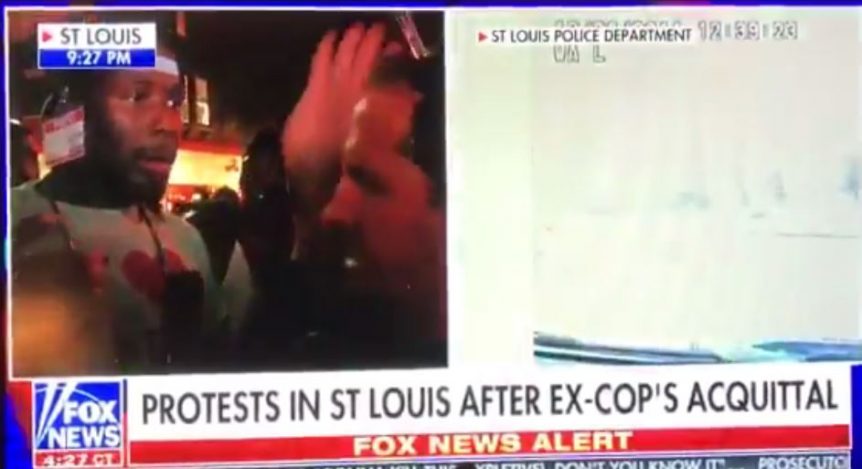 St. Louis Police arrested 80 people last night during a third night of violence in the city.

The St. Louis Post-Dispatch reports on last night’s protests which included the detaining of the reporters (11th photo of this slideshow.)

Tobin has been covering the protests since the acquittal of Jason Stockley, a white police officer who shot and killed Anthony Lamar Smith, who is black, following a high-speed pursuit in 2011.

On Friday night Tobin was interviewing one protester when another poured water over his head. He took it in stride, tweeting later “I’ve been wetter.” In fact just last week, Tobin, who is one of Fox News’s most senior correspondents, was reporting from Florida covering Hurricane Irma.