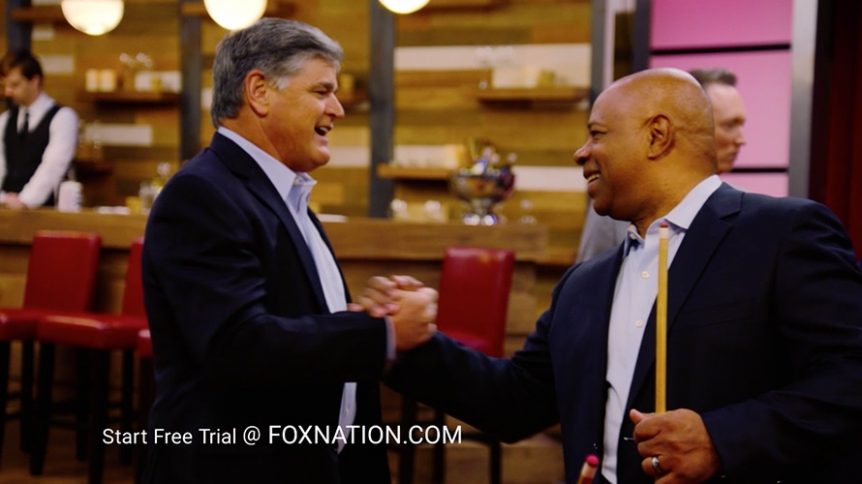 According to Adweek TV/media editor Jason Lynch, the promo, which will begin airing Nov. 27, the same day the service launches, on Fox News and FBN includes almost all of the talent that will be featured on Fox Nation as they gather at a high-end lounge to drink, shoot pool and share laughs.

Fox Nation will also hold “fan engagement events” for its “superfans” across the country, seemingly in the same vein of what we saw at FNC’s New York headquarters on 2018 midterm elections day.

According to Lynch, another big event, known internally as the Fox Nation Summit, is scheduled for February.