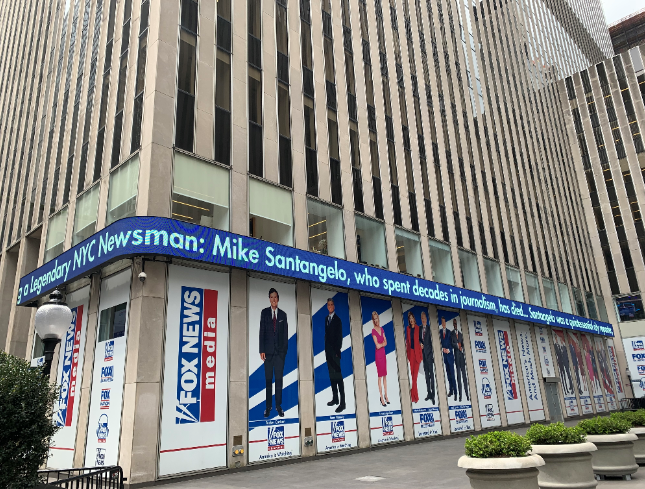 You might not know it, but those news scrollers you see on the exterior of Fox News Headquarters were the work of a man named Mike Santangelo.

Now, it’s time for someone new to write the scrollers.

Santangelo, a Fox News zipper writer, died last week at the age of 80.

“His puns, pithy comments and wordplay were all literally writ large —  the two-foot-high lettering could be seen from blocks away,” Fox News Media chief executive Suzanne Scott and Fox News president and executive editor Jay Wallace said in a memo to staff. “This afternoon, the zipper itself will note his passing and the great contributions of the man who defined it.”

Known for his bowties, Santangelo joined Fox News in the late 90’s having spent decades on the police beat and fire beats for the New York Daily News. He chased stories all over the city, and worked at Reuters, and UPI. At Newsday, he was a member of the staff that won a Pulitzer for reporting on the 1996 crash of TWA Flight 800.

Here’s the memo, obtained by TVNewser: 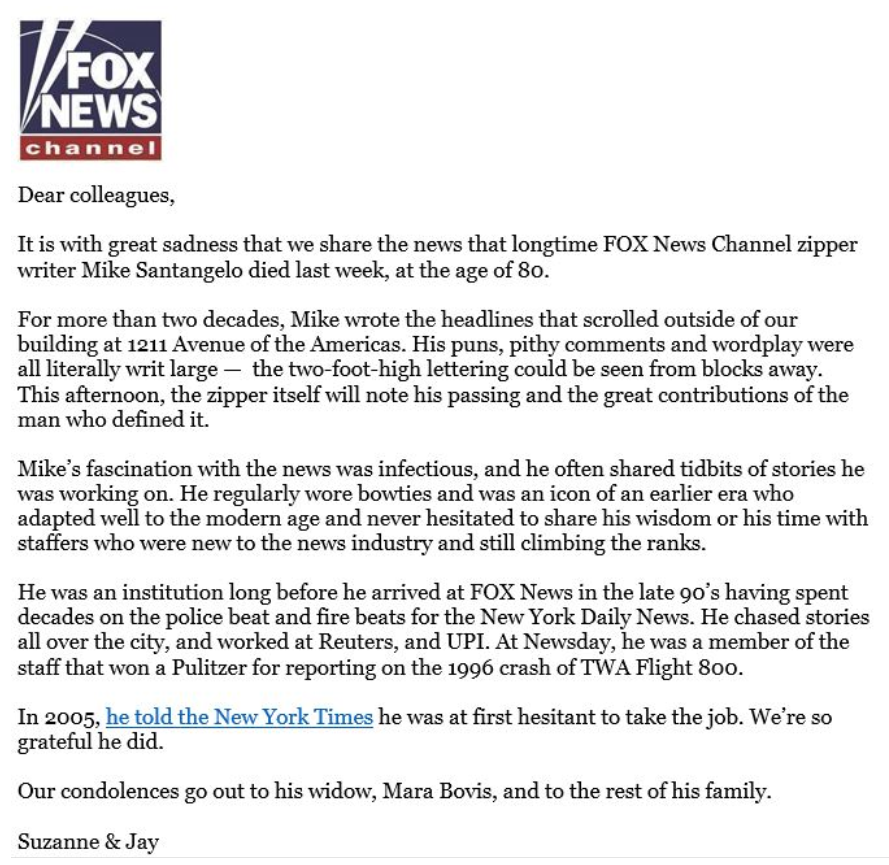