NEXT:Trump Had Dinner at the White House With Sean Hannity and Kimberly Guilfoyle Last Night
PREVIOUS:Today Show's 9 A.M. Hour Gets a New Name 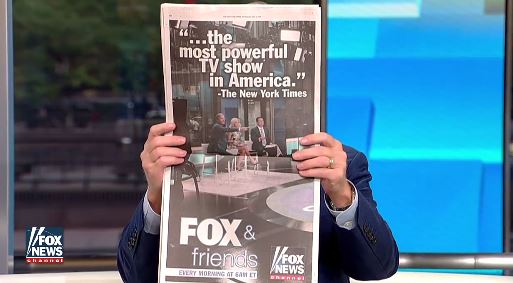 Well today, Fox is out with a full page ad that appeared in the New York Times as well as the New York Post and the Wall Street Journal (which both share a parent company with Fox News), using that very line. 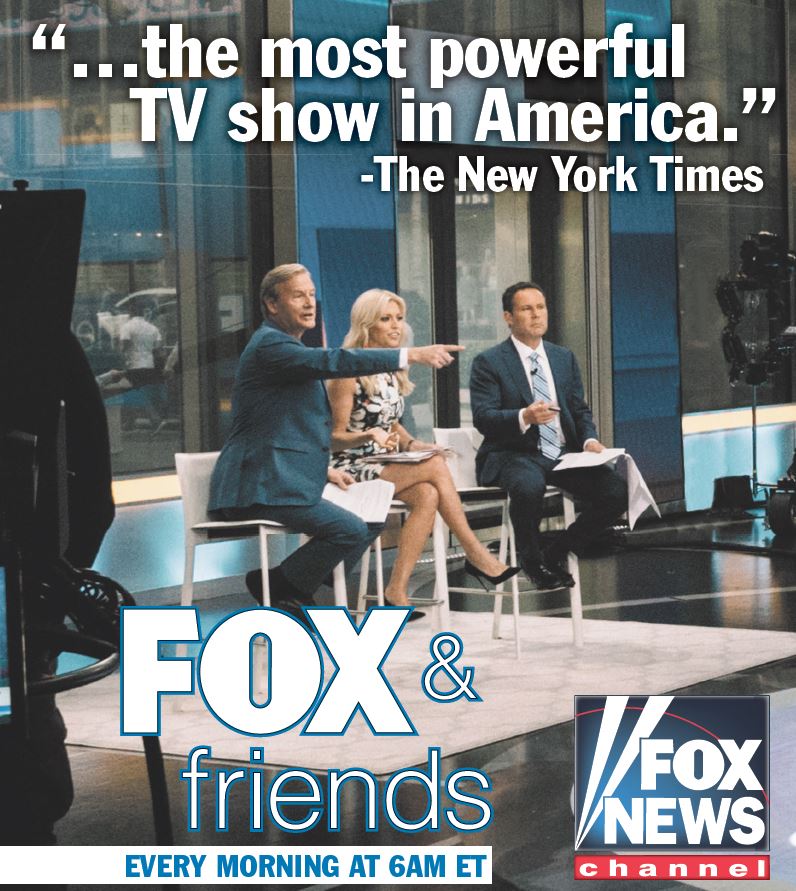 Naturally, the co-hosts talked about the ad on their show this morning. There were several mentions throughout the 3-hour program, with the first coming at 6:03 a.m. ET.

Things were brought full circle when, at 6:48 a.m. ET, the president sent a tweet lauding his favorite TV show, while also taking a swipe at his least favorite publication:

Wow, the Failing @nytimes said about @foxandfriends “….the most powerful T.V. show in America.”

But it might be the author of that Times story, James Poniewozik who gets the last laugh:

Excited to see @realDonaldTrump endorse my thesis that F&F's weird childlike sway over him makes it hugely powerful! Thanks, POTUS! pic.twitter.com/SnHhiTAGFa