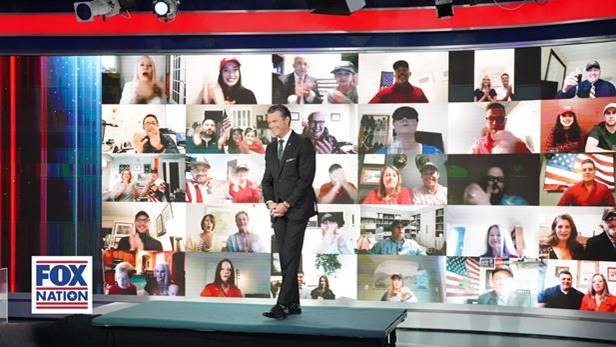 The program streamed live on Fox Nation, and was re-broadcast this past Sunday on Fox News Channel.

Decker and some friends kicked off the broadcast with a rendition of the national anthem.

Then, came Hegseth: “Hello America! Welcome to the second annual Fox Nation Patriot Awards. I am Pete Hegseth and I am honored to be your host for the evening. Now it has been a year that nobody could have predicted and one that so many want to get rid of. Unlike so many things, you cannot put a lockdown on Patriotism.”

He later surprised his wife and three kids.

The ceremony benefited Answer the Call, and Fox Nation will donate $5 dollars to Answer the Call for every new subscription order from Nov. 13th through Nov. 22nd. The foundation provides financial assistance and support to the families of NYPD and NYFD who have been killed in the line of duty. (Last year over $50,000 was raised for Folds of Honor).