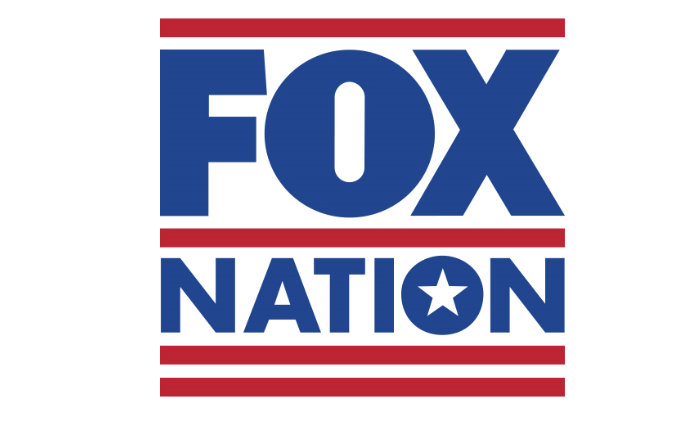 According to The Tampa Bay Times,  the 90-minute event was billed as a nonpolitical celebration of community heroes. The streaming service’s cast of conservative commentators, including Tomi Lahren, Pete Hegseth, Diamond & Silk, spend their days defending Pres. Trump and going after those who oppose him. However, the Times reports that on this night, “Fox aimed to keep politics out of it, and was relatively successful in doing so.”

“While there was some political chatter and protestation off-camera, the ceremony itself proved a pretty earnest, star-spangled affair. Throughout the 90-minute event, as well as red carpet coverage streamed live on Fox Nation, no one uttered the words ‘Democrat” or “Republican,” “liberal” or “conservative,” “Ukraine” or “impeachment” or any other Beltway buzz phrase.

That doesn’t mean the broader culture wars were off the table.

The aforementioned Fox & Friends Weekend co-host and Fox Nation personality (who’s a veteran himself) was the emcee of the night. “If you’re a Fox News fan, tonight is gonna be like Disneyland for you,” Hegseth told the 2,000 in attendance.

According to Cridlin, Hegseth later referred to the event as “the Oscars of what really matters,” unlike all those other awards shows, featuring “self-important types giving awards to self-important types, big trophies given to actors who play heroes on TV.” The allusion to Hollywood apparently led to boos from the mostly conservative audience.

Additionally, Fox Nation showed the audience a pre-taped video from vp Mike Pence, who touted Trump’s “historic steps to rebuild our military,” from expanding the VA spending to erasing the student debt of 25,000 veterans.

“Thanks to President Trump’s leadership, we’ve made a remarkable difference in the lives of our heroes,” Pence said. That led to chants of “Trump! Trump! Trump!” in the audience.

“I see we have a few fans of the duly elected president of the United States in the crowd tonight,” Hegseth said.

Below are a couple of images from the event. Fox & Friends co-hosts Brian Kilmeade, Ainsley Earhardt and Steve Doocy awarded Sgt. Rob Jones with the Most Valuable Patriot Award. 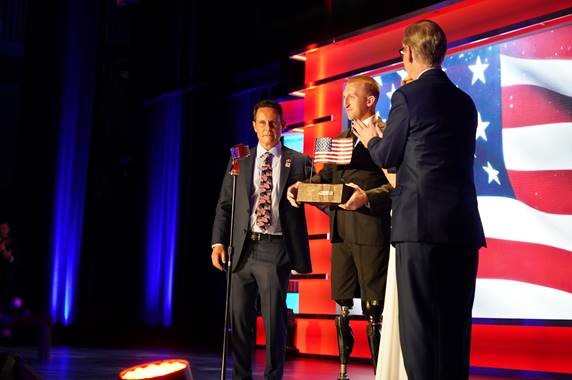 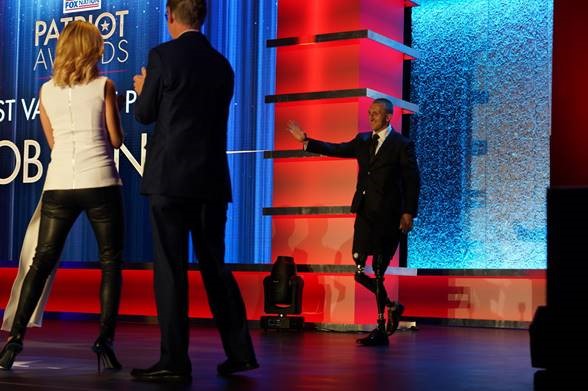 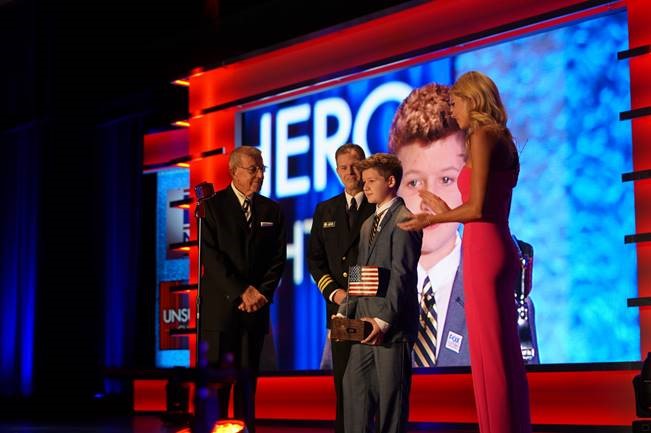 Promoting the network’s streaming service was another key reason for putting on the event, and $5 from each new Fox Nation subscription the event generated went to Folds of Honor.