NEXT:30 Most Impactful TV Newsers of the Past 15 Years: Suzanne Scott
PREVIOUS:Fox News, MSNBC and CNN Were Among the Top 4 Basic Cable Networks for January 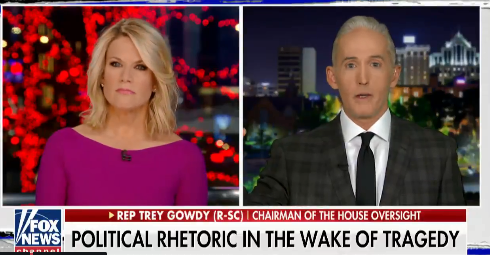 Fox News has signed former South Carolina Republican congressman Trey Gowdy as a contributor. Gowdy will offer political and legal analysis across both FNC and FBN programming during daytime and prime time hours.

Prior to joining FNC, Gowdy represented South Carolina’s Fourth Congressional District beginning in 2010 and after four terms in Congress, he announced that he would not seek re-election in 2018.

Gowdy is known for his work as Chairman of the House Oversight and Government Reform Committee, and was a House Intelligence and Judiciary Committee member. He played a significant role in the congressional investigation of then Secretary of State Hillary Clinton and the terrorist attacks in Benghazi.

In addition to his new role at Fox News, Gowdy, who has appeared on the network countless times over the years, is now practicing law as a member of Nelson Mullins Riley & Scarborough LLP. He joined the firm’s White Collar Defense and Government Investigations team, where he focuses on internal and government investigations and corporate compliance.