NEXT:Pres. Trump Wouldn't Be the First Sitting President to Be Involved With the Launch of a Global News Service
PREVIOUS:Scoreboard: Thursday, Nov. 22 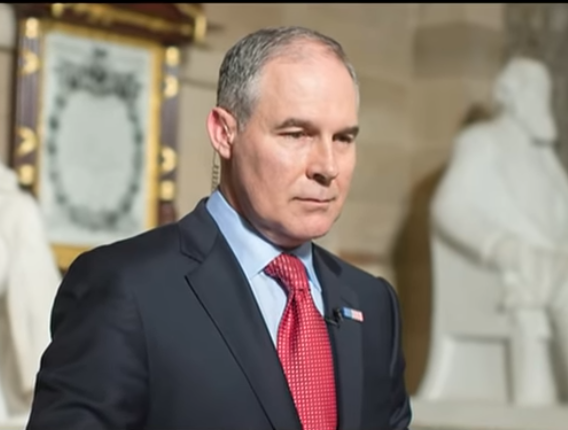 According to The Daily Beast, the folks at Fox & Friends used to let then-Environmental Protection Agency (EPA) chief Scott Pruitt and his team dictate the script and even knew the exact questions that were going to be asked before sitting down with the hosts of FNC’s top-rated morning show.

According to the story, in one instance, “according to emails revealed in a Freedom of Information Act request submitted by the Sierra Club and reviewed by The Daily Beast, Pruitt’s team even approved part of the show’s script.”

It’s one thing to want to conduct a seemingly non-confrontational interview, and cable news hosts will sometimes conduct a pre-interview with the interviewee.

It’s a totally different matter when producers are sending out specific questions in advance and in one instance going as so far as approve scripts in order to make the interviewee look good.

In May 2017, Pruitt’s staff wanted to set up an interview to discuss how the then-administrator was interested in helping communities his team claimed were “poorly served by the last administration.”

And so then-EPA press secretary Amy Graham proposed an interview to Fox & Friends producer Andrew Murray, who quickly agreed to bring Pruitt on the next day to discuss the topic.

Murray then copied producer Diana Aloi, saying she said would follow up with “pre-interview questions on the agreed upon topic, the new direction of the EPA, and helping communities that were poorly served by the last administration.”

In subsequent emails, Aloi repeatedly sought “talking points” and the “top three priorities are for the EPA that Mr. Pruitt would like to discuss specifically.”

Once Graham sent over the talking points, Aloi sought the government official’s approval for the script introducing Pruitt’s segment.

“Would this be okay as the setup to his segment?” producer Diana Aloi asked.

“There’s a new direction at the Environmental Protection Agency under President Trump—and it includes a back-to-basics approach. This after the Obama administration left behind a huge mess more than 1,300 super-fund sites which are heavily contaminated—still require clean-ups. So why was President Obama touted as an environmental savior if all these problems still exist?”

The EPA comms shop was pleased.

Here are the emails, per Tani: 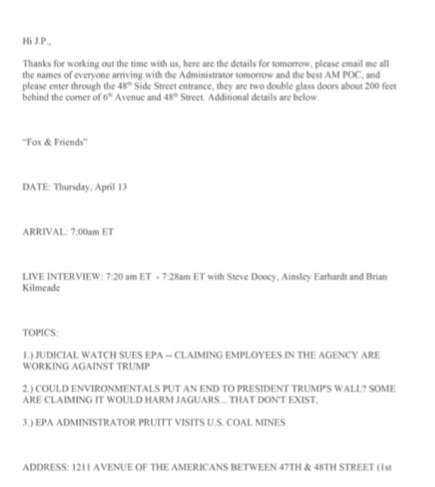 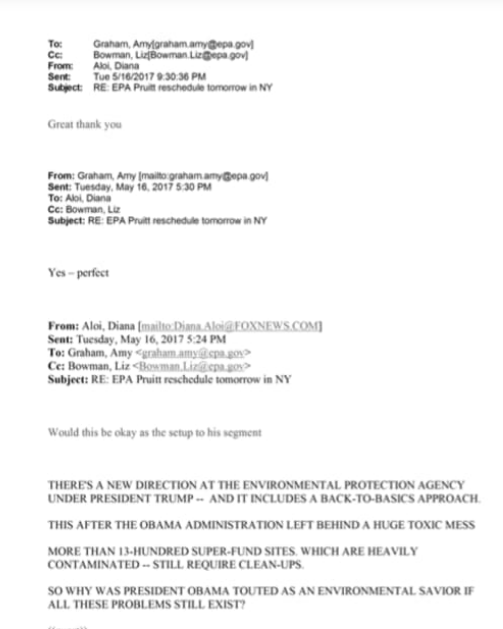 Hosts Brian Kilmeade and Ainsley Earhardt stuck to that strict/agreement during Pruitt’s appearance the following day.

When asked for comment on The Daily Beast report, a Fox News Channel spokesperson told TVNewser, “This is not standard practice whatsoever and the matter is being addressed internally with those involved.”