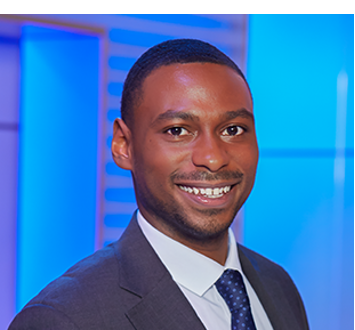 Fox News is promoting an alum of its Multimedia Reporter Training Program up to the “big leagues,” so to speak.

The network has signed Charles Watson as a Fox News correspondent based out of Atlanta.

Watson will transition from his current role as one of FNC’s multimedia reporters based out of Jackson, Miss., to his new position.

“We have watched Charles grow and excel in high-pressure situations guiding viewers with a calm demeanor and sharp focus during coverage ranging from tornado destruction to major flooding in the Midwest,” Fox News Media chief executive officer Suzanne Scott said in a statement. “His storytelling has impressed us from the start and we are excited to have him join our exceptional reporting team in Atlanta.”

Watson has worked from Jackson since December 2018, and as a multimedia reporter, he has covered a number of national breaking news events, including the deadly tornadoes in Beauregard, Ala., and the 2019 mass shooting at a Walmart in El Paso, Texas.

A member of the 2018 class of the aforementioned program, Watson has spent the past two years receiving training across Fox News Media’s broadcast, digital and radio platforms.

The Multimedia Reporter Training Program was founded in 2011 and is currently led by Sharri Berg, FNC’s evp of news ops and chief operating officer of Fox TV Stations Group.

Previously, Watson worked as a general assignment and multimedia reporter for independent television station WRNN-TV’s FiOS1 News in New York. He began his career at NBC affiliate WRDE-TV in Rehoboth, Del., where he served as a reporter, morning anchor and producer.