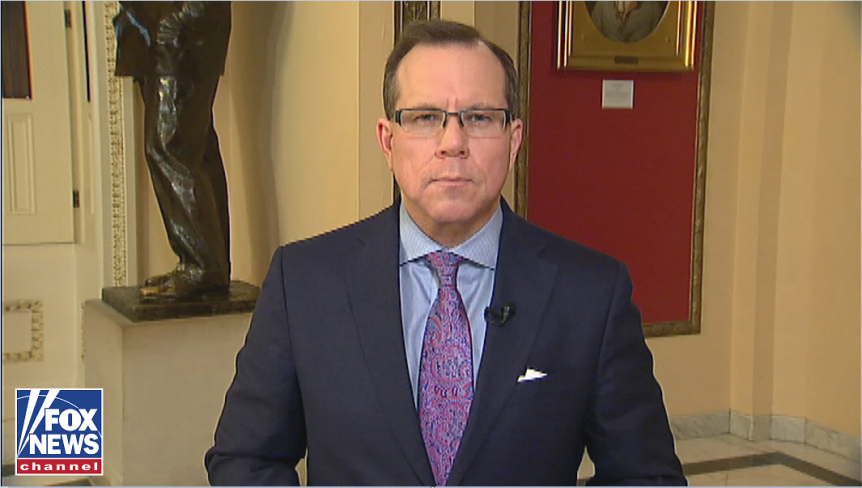 A 12-year veteran of the network, Pergram will provide live reports across all Fox News programs and platforms, effective immediately, delivering viewers the latest from policymakers in Washington.

“Chad’s enterprise reporting skills and deep sources throughout the halls of Congress have made him a tremendous asset to our news division,” Boughton said in a statement. “As we enter another election year, we look forward to his continued contributions, delivering key insights during this critical time on Capitol Hill.”

Pergram added: “So many important stories emanate from Capitol Hill. There is nothing more rewarding than breaking down complex Congressional stories for our millions of viewers. 2020 is already shaping up to be an unprecedented news year in Congress. I am thrilled to take on this new role, providing live, behind-the-scenes reporting on the latest developments across all our Fox News platforms.”

Prior to joining FNC in Sept. 2007, Pergram served as a reporter for Capitol News Connection. Additionally, he produced and anchored newscasts for NPR in Washington and served as a Senate producer for C-SPAN. He began his career as a reporter at WKRC-AM in Cincinnati and WKRC-TV, the ABC affiliate at the time, before joining the Cincinnati Public Radio-operated WMUB-FM in Oxford, OH. In 1992, he was named Best Radio Reporter by the Ohio Associated Press.

Throughout his tenure at FNC, Pergram has covered a range of notable moments from Capitol Hill, including the 2010 and 2018 midterms, Justice Brett Kavanaugh and Justice Neil Gorsuch’s confirmation hearings, the 2016 presidential election cycle, and various legislative hallmarks and showdowns, including the 2010 passage of both the Affordable Care Act and Dodd-Frank Wall Street reform, the 2011 debt-ceiling fight, tax reform in 2017, as well as the 2018-2019 government shutdown.

In 2017, just blocks from Pergram’s home in Alexandria, Va., a gunman opened fire at a baseball practice for Republican members of Congress ahead of the annual Congressional game, critically wounding then-House Majority Whip Rep. Steve Scalise and injuring several others.

Most recently, Pergram was a staple of FNC’s impeachment coverage in the House of Representatives, breaking down the procedural elements and providing analysis.

Pergram is a versatile broadcaster and happens to be a hockey fan. He spoke to The Washington Post in Nov. 2018 about being part of the Washington Capitals’ radio broadcast team for their Nov. 3, 2018 contest against the Dallas Stars. He was responsible for the intermission reports, game resets toward the end of each period and spots on the pregame and postgame shows.

Pergram on if he sees similarities between covering politics and hockey, told WaPo: “I’m told that there’s some postgame scrums in the locker room, where reporters all gather around someone and ask them questions, and those types of things happen in politics, too. There’s a hearing, or you get somebody off the floor. Everybody knows who they need to talk to. It’s the same principle in that regard.”