NEXT:Laura Ingraham Is Transitioning From Talk Radio to Podcasting
PREVIOUS:Public Support for CNN's Lawsuit Against the White House Continues to Pour In 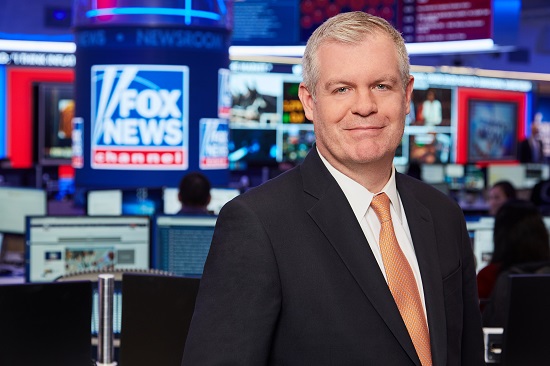 CNN and Fox News are rivals. That’s no secret.

But the latter is supporting the former in its legal fight against the Trump administration for White House access. Fox News president Jay Wallace released the below statement this morning, and has also said that it intends to file an amicus (friend-of-the-court) brief.

It’s worth noting that Wallace and Trump’s current communications chief Bill Shine were colleagues for years at Fox News. Shine is one of the people named in CNN’s lawsuit.

This is not the first time Fox News has stood in solidarity with CNN in its fight for press access. In July of this year, the White House barred CNN White House correspondent Kaitlan Collins from covering an event in the Rose Garden.

As a member of the White House Press pool- @FoxNews stands firmly with @CNN on this issue and the issue of access https://t.co/TFwfLQtP9h

Back in August, Baier explained to Jimmy Kimmel why he did what he did for CNN, and gave a shout out to Jake Tapper.

Kimmel: I found it reassuring to see journalists sticking together, even though you’re competitors and not exactly on the same page from a network standpoint; but I found it to be reassuring.

Baier: It was a no brainer. You know, I’m on the news side of the house and you have to stand for access. This is a credentialed person. You know I wrote a book about Reagan. Sam Donaldson was yelling questions they didn’t like in the Reagan White House either, but he was never denied access. And to Fox News’ credit, they stood up right away. I mean it was instantaneous. We put up the chain, it happened, and then I got it on the show with the approval of Fox management. So Jay Wallace put out a statement, our president and it was a no brainer.

Kimmel: Has anything like that ever happened before while you were working in news?

Baier: Yes. In fact, when the Obama White House 2009, I had just taken over for Brit Hume as anchor, and they tried to deny Fox News a round-robin interview and CNN stood up and Jake Tapper said if Fox is not doing it we’re not doing it. And so, being a member of the White House press pool is something and I think we need to always stand for that.