NEXT:Kellyanne Conway Responds to Joe Scarborough and Mika Brzezinski
PREVIOUS:MSNBC and CNN Both Finished Ahead of Fox News Last Night Among Younger Viewers 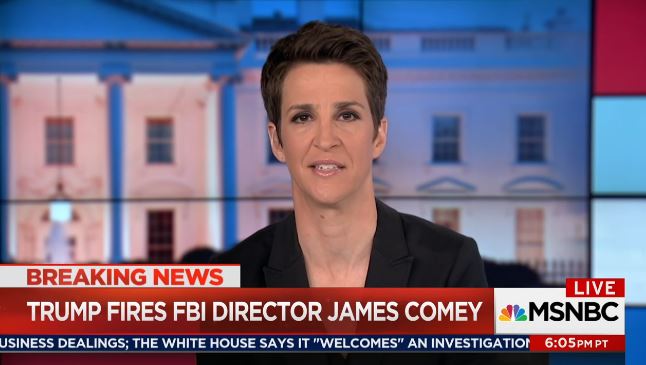 With the most significant prime time overhaul in history at Fox News, and the daily head-spinning headlines from the White House giving a shot in the arm to MSNBC, the cable news ratings wars are heating up.

Last week, for the first time since 2009, MSNBC was the most-watched cable news network in weekday prime time (8-11 p.m.) in the advertiser-coveted A25-54 demo. Three MSNBC shows finished first in their time periods in the demo for the week: The Rachel Maddow Show, The Last Word with Lawrence O’Donnell and The 11th Hour with Brian Williams.

In total viewers, Fox News led in weekday prime with 2.6 million viewers, with MSNBC not far behind at 2.4 million, and CNN at 1.3 million.

Cable Network Ranker Week of 5.8.17 by tvnewser on Scribd