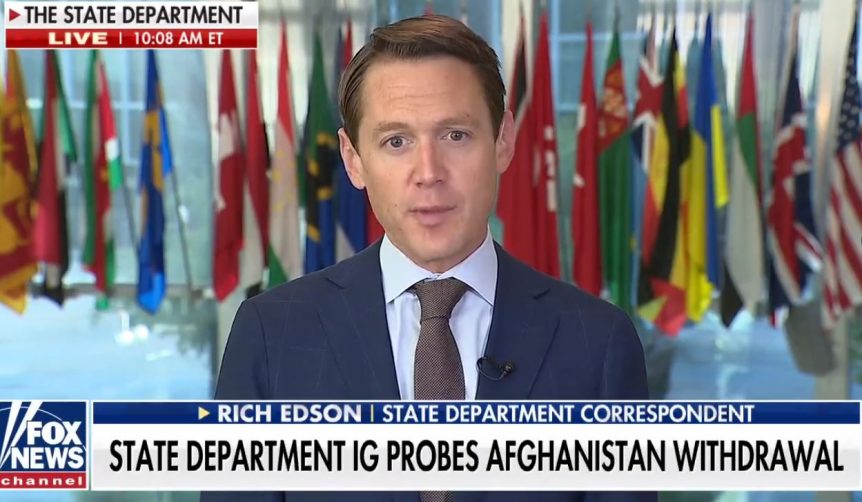 A trio of on-air staffing moves were announced by Fox News on Wednesday.

As FNC’s State Department correspondent, Edson covered foreign policy, which included interviews with Secretaries of State, as well as the 2018 U.S. and North Korea summit in Singapore, the Covid-19 pandemic and tensions with China. He joined FNC in 2015 from sibling outlet FBN where he served as a Washington based correspondent from the network’s launch in 2007.

Since joining the network in 2015, Hall has served as FNC’s foreign affairs correspondent based in London where he covered international news for the network. Most recently, he reported from Kabul surrounding America’s preparations ahead of their August exit from the country. Throughout his tenure with the network, he has covered several international breaking news events, including terror attacks in Paris, Brussels, Munich and Istanbul, the death of Washington Post journalist Jamal Khashoggi and the summit in Singapore between then-President Trump and North Korean leader Kim Jong-Un. He also covered President Biden’s first overseas trip to Europe and then-President Trump’s first overseas trip to Saudi Arabia. Additionally, he has interviewed several presidents, prime ministers, foreign ministers and U.S. commanders, as well as ISIS prisoners.

Hogan joined FNC in January 2020 as a general assignment reporter and began covering the Covid-19 pandemic from New York. She later reported on the Black Lives Matter protests in the summer of 2020 and covered immigration from the Texas border earlier this year. Prior to FNC, Hogan was the morning news reporter and substitute anchor for independent station WFMZ-TV in Allentown, Pa.